The “Y” at Wildlight

It all started “across the pond” in 1844 when 22-year-old George Williams, the son of a farmer ended up in downtown London working at a department store. It didn’t take long before he became disgusted at the landscape – a landscape teeming with tenement housing and streets full of criminal influences.

He decided to do something about it and joined with 11 friends who then organized the first Young Men’s Christian Association (YMCA), described as “a refuge of Bible study and prayer for young men seeking escape from the hazards of life on the streets.”

What made Mr. William’s vision unique for its time, however, was “it’s openness to members of all social classes.”

Here in the US, it was in Boston, Massachusetts where the first YMCA was created by a retired sea captain wanting to give his sailors, “a home away from home.” The year was 1851.

Fast forward into the new millennium and it was in 2015 when Kevin Washington took over as president and CEO (Chief Executive Officer) of the “Y” and in so doing, became the first African American to serve in that role. His leadership continues today.

Just a few years before that, (in 2010), the organization engaged in a bit of a branding exercise at which time the decision was made to encourage the use of its most familiar name simply being “the Y.”

While broadening its geographic scope and demographic reach, the “Y” remains true to its original mission with a dedication to “Youth Development, Healthy Living and Social Responsibility.”

The “Y”, in its present form, remains synonymous with those original guiding principles.

The respect and affection for the institution that is the “Y” continues today. Wherever and whenever one sees the trademark “Y”, it inspires confidence, comfort and community engagement. 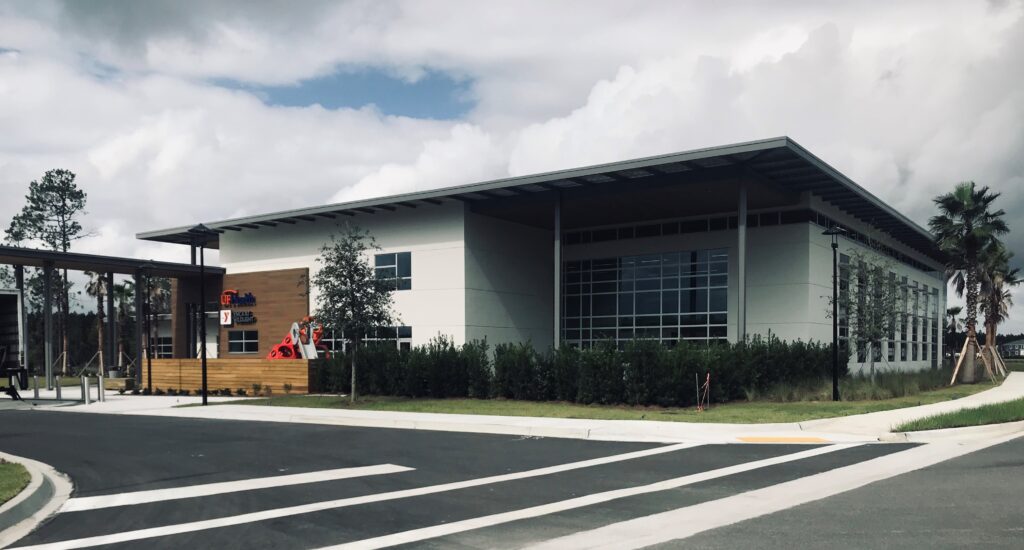 All of that being said, history is now being made here in our own community as a second “Y” opens its doors in Nassau County – in Wildlight, just east of I-95, said Cezar Gonzalez, District Executive Director for the “Y”:

“The Y is committed to building a  healthier, stronger First Coast. For years, the Y has only had one Nassau County location in Fernandina Beach, but by collaborating with UF Health Jacksonville to bring a second Y location to Wildlight, we can advance our mission and reach even more.”

There is a particularly interesting back story to this new location. It is all part and parcel of a very unique vision.

And the vision that is Wildlight is a product of Rayonier – a company which has a very long and rich history in this community – and, a company which just also happens to be one of the largest landowners in the County. 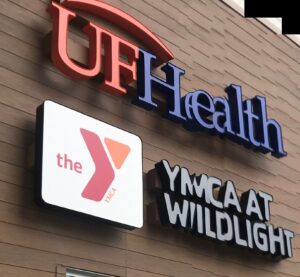 The corporate giant that is Rayonier had a vision to design a community dedicated to healthy living. But that vision could only be accomplished with other partners that were just as dedicated to those same goals. To that end, Rayonier sent out a number of questionnaires to leading health providers. Of those contacted, the vision of the University of Florida (UF) seemed to be most closely aligned with Rayonier’s vision for Wildlight.

In a sense, UF’s vision was to offer a “continuum of care.” Not only did UF propose an urgent care center but that structure would also house primary and specialty care services. In addition, UF articulated a vision include a re-hab facility in its proposal – all of which would be within walking distance of this new community that is Wildlight.

But it didn’t stop there. The proposal submitted by the University of Florida went one step beyond. Their re-hab center was designed to share space with a fitness center for early and ongoing fitness for individuals and families and that fitness center is the “Y.”

The First Coast “Y” opened earlier this month and it offers a wide range of services – all of which, for now, will be practiced in compliance with all COVID recommendations in mind — incorporating social-distancing requirements, mask-wearing . . . any and everything to ensure the health and well-being of members.

At the new First Coast “Y,” there is “something for everyone” and, according to their brochure, that includes:

In addition, to help engage families who have recently located to the Wildlight area, there is also a Movie Night planned for December.

Reached via text, Gina King Ashley, a very popular instructor at the “Y” on Amelia Island had this to say: “I am super excited about Nassau County getting [another] top notch “Y.” The staff and instructors there are the best of the best.”