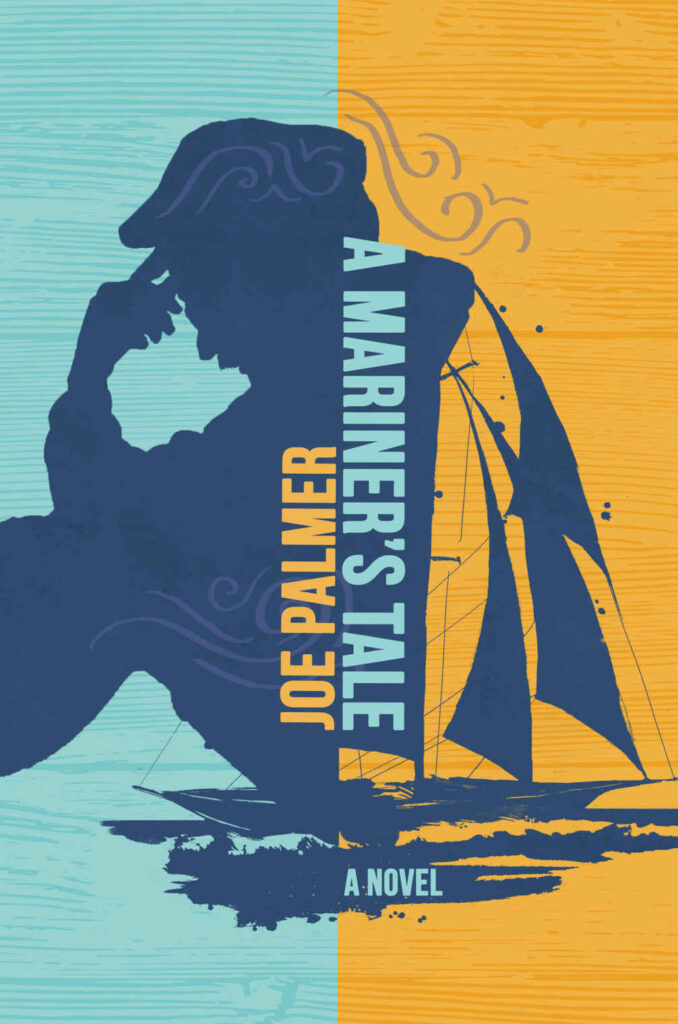 The first thing that appealed to me about Joe Palmer’s new book, A Mariner’s Tale, was his descriptions of the island where Jake, his lead character, lives. He is describing the marshes, animals, ocean, sky that are part of our everyday lives here in Fernandina Beach. When he writes about them, we can picture the scene in a way that makes us appreciate our environment a bit more. It makes the story more real to us.

Midway through the story, another aspect of Florida life appeared in the form of a hurricane. The storm meanders across the Florida peninsula and out to the Atlantic where forecasters say it will dissipate. Instead it comes back in to land a punch, putting the characters’ lives in jeopardy. All you have to do to believe this is look at Tropical Storm Eta’s path.

In its essence, this is a story about overcoming, both grief and adversity. It is also a prime example of the way a writer can take stock characters and situations and make them fresh. There is restraint in the writing. The storm causes damage to places and people but doesn’t reach catastrophic proportions. The relationships of the characters are not taken to extremes either. The author has used people, surroundings, and situations that are familiar but has rounded them out, removing them from caricature.

If I could argue with the author over anything, it might be the ending. It isn’t the tidy ending that ties everything up so we know the outcome for all of the characters. I should have expected it but I didn’t. And that is more of a tribute to the characterization and storytelling.

I was curious about the author and did some research. I was surprised to find out that Joe Palmer is the same person who wrote the column, “A Cup of Joe,” for the Fernandina Beach News Leader for 10 years. This is his first published novel. And an enjoyable read.

Can this book be purchased locally on island?

Yes, autographed copies are at Story & Song and they may carry it also at The Book Loft, but you should call.

Evelyn, thank you so much for the very nice review of my novel. It’s validation for me, as an author, that the intricacies I wove into it caught your eye, like the way I ended it. My first draft of the final chapter (which I think I rewrote nine times!) had the nice, tidy, tied up with a red bow ending. After giving it much thought, I decided to make it a little enigmatic and allow readers to decide for themselves. I am very, very pleased with your review. Thank you for reading my debut novel and helping spread the word! I’m now working on my second one.

Also, for those who are already asking, yes, you can get the book from both of our local bookstores. The Book Loft and Story and Song both have signed copies on their shelves. If they run out, ask for it and they’ll order more. It usually only takes a few days for new stock to arrive. Also, I’m pretty sure that you can order e-reader versions from them, as well.

Please support indie bookstores! My publicist and I are making idie bookstores a big part of my marketing campaign.

Hi, Nicholas! Thank you for your interest. Yes, both our local bookstores currently have signed copies in stock. If you want one and they’re all sold out, they’ll be happy to order it for you, but generally they’ll still have a few in stock. I think there are a limited number in stock at both stores right now.

We love his book A Mariners Tale, but want to know if he has written other books.

Did he also write a book called Sand Castle?

For some reason my post here doesnt seem to work, so I will try again.