Despite COVID and competition from Amazon, Fernandina’s Bookstores are doing fine 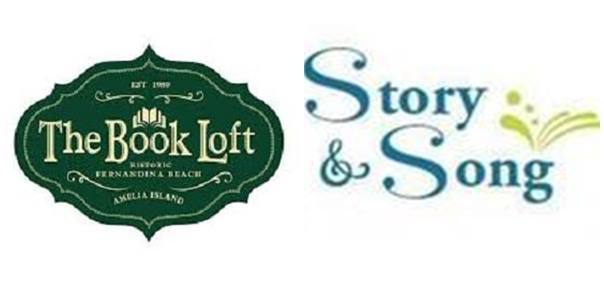 “We keep urging people to shop local, to put your money where your house is,” said Mr. Kaufman of Story & Song.

Since the Corona Virus pandemic began last winter, 75 independent bookstores have closed their doors, according to the American Booksellers Association. That’s more than one every five days.

So how are our local book emporiums doing?

Fernandina Beach is fortunate to host two of the approximately 2,500 independent bookstores in the United States: The Book Loft on Centre Street downtown, and Story & Song in Amelia Park, off South 14th Street.

How did the pandemic affect these local merchants?

“It affected us very dramatically last spring when we had to close the store,” said Sue Nelson, who owns at operates The Book Loft. “We had to lay off two employees for a time.”

In March and April, The Book Loft did a curbside business, with customers ordering online or by phone.

“Since we reopened in May, business has been brisk,” Ms. Nelson said in a telephone interview. “We’re fortunate in that we had a lot of visitors and a wonderful staff.”

The laid-off employees are working again, bringing the staff to two part-time and four full-time employees, “including me,” she added.

The store received $10,000 under the federal stimulus plan.

The yellow-brick building with the large front window filled with eye-catching, changing displays draws many of the visitors who flock to Fernandina. The store has many books on local history and attractions, which are popular with visitors. And a large selection of children’s books – many about pirates – draws in families.

“I think mothers are going crazy – they have to get the children out of the house,” she said.

The Book Loft attracts local customers through frequent readings and signings by both local and celebrity authors, story hours, French classes, events in conjunction with the local library and the Amelia Island Book Festival, and a permanent exhibition of paintings by local watercolor artist Bill Maurer.

Ms. Nelson moved to Fernandina Beach from Ohio in 1989, with her husband, Bill, who realized a lifelong dream by opening the book shop. When Bill died in 2011, “I jumped in with both feet to sustain the operation despite the economic downturn and bleak outlook for indie bookstores.,” she said. “I haven’t looked back. Our customers are loyal, and Amelia Island visitors are generous, and we have flourished as the island’s oldest independent bookstore.“

Fernandina’s newest bookstore, Story & Song, opened in February, 2018 in a building formerly occupied by Artistic Florist on Park Avenue, at the entrance to Amelia Park.

“Amazingly enough, our earnings didn’t go down during the pandemic,” said Mark Kaufman, who owns the building and the business with his wife, Donna Paz Kaufman.

Since the store includes a bistro/café, which was considered an essential business, it was not required to close.

“But we closed the bookstore to walk-in traffic for six weeks, then reopened with a limited number of people in the store,” said Mr. Kaufman. “Our website was already up and running – we built flexibility into our business model. We sold books and delivered them outside, and we made bistro deliveries all over the island.”

Story & Song received a $25,000 forgivable loan through the federal stimulus program, and did not have to lay off staff. (Under the Paycheck Protection Program, loans to small businesses are forgivable if the money is used for payroll, rent, mortgage interest or utilities.)

In addition, Story & Song got a $30,000 injection of cash through its Happy Place Club.

“Our customers were worried about us,” explained Mr. Kaufman. “Some asked, ‘what can we do?’” We had some branded merchandise – like coffee mugs and face masks — that said Amelia Island is My Happy Place. So we started a Happy Place Club with three levels of membership.”

Customers make a financial contribution and are awarded with perks, such as priority invitations to events.

The Kaufmans got into bookstore ownership by an unusual route. They are partners in Paz and Associates, a consulting and training firm that teaches would-be bookstore owners how to run a bookstore as a profitable business through “bookstore boot camps” and other services. One of the principles they teach their clients is that what you pay in rent should be less than ten percent of what you can generate in sales.

“Donna is an expert at number crunching,” said her husband. “She was general manager of a large bookstore in Nashville, and she always wanted to own her own store.”

The couple looked at many buildings on the island, but the numbers weren’t right until they found the Artistic Florist property.

“We made an offer, and it was accepted and we got a loan from the Small Business Administration,” recalled Mr. Kaufman.

The store’s revenues come 55 percent from book sales, 25 percent from gifts and accessories, and 20 percent from the bistro, which serves breakfast, lunch and snacks. The staff is comprised of two “pretty close to full time” employees and four part-timers, “plus us,” according to Mr. Kaufman.

During the pandemic, book sales nationwide grew by 6 percent, according to NPD Book Scan, which tracks the publishing industry. But much of the revenue from the increase went to Amazon. According to The Guardian newspaper, a pandemic sales boosts helped Amazon triple its profits in the third quarter of 2020.

To counter the e-tailing giant, the American Booksellers Association launched a national “Boxed Out” Campaign on October 13.

According to the group’s press release, when independent bookstores close, “COVID will be listed as the cause of death, but the pre-existing condition for many may be listed as Amazon. The brown boxes that have become ubiquitous in building lobbies and on porches are “boxing out” bookstores and other small businesses all across the country, resulting in the loss of local jobs, local sales tax, community and support.”

But the Fernandina booksellers are taking Amazon competition in stride.

“We keep urging people to shop local, to put your money where your house is,” said Mr. Kaufman of Story & Song. “But we offer something that Amazon is never going to be able to provide. We’re so much more than a bookstore – we want people who come into the store to see it as a calm, serene place, an oasis of joy and peace. That’s our goal—to be the community’s living room.”

This is great news! Thank you for reporting it. Happiness = bookstore within walking distance.