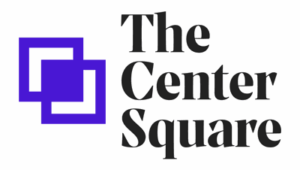 (The Center Square) – As of Monday morning, on the last day to register for the Nov. 3 election in Florida, the Florida Division of Elections (FDOE) reported 571,574 residents already had voted, casting their ballots in the mail.

Of those 571,574 ballots mailed to voters and returned by county elections offices across the state by Monday morning, the FDOE said nearly 306,000 are from registered Democrats.

Thus far, 4.79 million of Florida’s 14 million registered voters – more than one-third of the composite electorate – have requested local elections officials mail them their ballots, the FDOE said. The deadline for requesting a mail-in ballot is Oct. 23.

Overall, at least 100,000 new Florida voters have registered to vote since the Aug. 18 state primary, pushing the number of registered voters in the Sunshine State to 14.07 million as of Monday’s registration deadline.

That number could edge higher Monday as efforts to find as many as 5 million unregistered Floridians end with the close of business. The state has mailed postcards to 2.2 million addresses where Social Security, driver’s license, U.S. Postal Service and voter registration records suggest an unregistered voter lives.

More than 5.2 million voters were registered Democrats as of Monday, with 5.02 registered as Republicans, 188,587 registered with third parties and 3.65 million Floridians – more than a quarter of the state electorate – registered as unaffiliated, the FDOE said.

While Florida Democrats have requested 771,000 more mail-in ballots than their Republican counterparts, a cause for concern among some state GOP leaders, Republicans have added more voters in the past four years than Democrats in the Sunshine State.

Democrats’ current 173,596 lead in total registered voters is only about half the numerical advantage they enjoyed in 2016, according to FDOE records.

With more than one-third of the electorate requesting mail-in ballots and Democrats doing so in a nearly 2-to-1 ratio over Republicans, however, what traditionally had been a GOP asset in winning tight elections in the highly contentious swing state could shift in Democrats’ favor.

Since 2002, Florida has been one of 27 no-excuse states where voters can request a mail-in ballot without explaining why they want to do so or being absent from the state.

State lawmakers, led by Republicans, unanimously agreed in 2016 to eliminate “absentee voting” in state statute with “vote-by-mail” since Floridians do not need to be absent to vote by mail.

Current mailings from President Donald Trump’s campaign to Florida voters, however, still refer to the state’s mail-in voting program as absentee voting. The state GOP repeatedly has had to explain that is not the case.

Requests for mail-in ballots relatively were even between the two parties before the 2016 election. More than 1.31 Democrats, 1.31 million Republicans and 640,000 unaffiliated voters requested mail-in ballots.

More than 1.18 million Florida Republicans mailed in those ballots compared with 1.03 million Democrats. The more than 58,000 advantage in mail-in votes, and the nearly 64,000 Democrats who didn’t return ballots, were keys in Trump winning Florida’s 29 electoral votes by 112,911 votes.

The 2.3 million mail-in votes during August’s state primaries were 1 million more than those cast during 2016’s general election, when U.S. Senate and governor races were on the ballot.