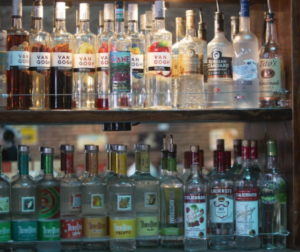 (The Center Square) – With the June and July COVID-19 surge easing, Florida Gov. Ron DeSantis is teasing he soon may allow bars that don’t sell food to reopen under a revised set of pandemic protocols.

During a roundtable Thursday at Green Bench Brewing Co. in St. Petersburg, DeSantis said if bar owners assume responsibility for compliance to protocols, the state is ready to listen.

“It’s one thing to say we may need you to do some of these things for safety and health, and I think you guys would be willing to do it, but it’s another thing to say no, there’s no path to yes,” he said. ”So, we’ll get to yes.”

DeSantis shut down bars by statewide executive order in March and allowed them to reopen at 50 percent interior capacity June 5, when he launched phase two of his three-part reopening plan.

Before the end of June, however, Beshears ordered bars closed again, citing a spike in COVID-19 cases statewide and widespread noncompliance with pandemic protocols.

DeSantis said Beshears had no choice.

“He was getting inundated with stuff, and there was just no way to be able to play like whack-a-mole,” DeSantis said.

More than 41,000 “eating and drinking” establishments are in Florida, and they employ more than 1 million workers, about 12 percent of the state’s workforce. The establishments generated $50.1 billion in sales in 2018, according to the Florida Restaurant & Lodging Association (FRLA).

Under DeSantis’ emergency order, establishments that accrued more sales from dining than drinking were allowed to stay open under limited capacities.

Bars that don’t generate more in food sales than alcohol sales were shut down. According to industry researcher IbisWorld, the more than 3,300 “bars, taverns, pubs, lounges, nightclubs and other drinking places” that don’t serve food in Florida employ nearly 25,000 people and generate $2 billion in annual revenue.

The Florida Brewers Guild (FBG) said more than 100 of the state’s 302 craft breweries could be forced to shut their doors permanently, sending 10,000 workers into the ranks of the unemployed unless the breweries are allowed to fully reopen soon.

“It’s the barrier to entry for most people for their first job,” he said. “This touches a lot of people in a lot of different ways.”

DeSantis said he has discussed late-night rules for nightclubs and other establishments with Beshears.

“I’m not sure the virus is more transmittable at 1 a.m. than it is at 11 p.m., but I guess the theory is maybe people let loose a little bit more,” he said. “I’ve told (Beshears) I want every business in Florida operating” but once new rules are installed, there will be “no turning back. We’ve got to get it right, and it’s got to stick.”

DeSantis wants “evidence-based” policies, not plans based on public opinion.

“It stinks, and I’m not happy for how everything’s gone, but I think the best thing we can do is get just get it right and move forward, and let’s get the state thriving again.”