“In approving the tentative flat rate, Commissioners acknowledged that so many residents are suffering as a result of the COVID-19 pandemic and have expressed a common desire to reduce the rate, if possible.”

2020 is an Election Year. And a big one. Races are hotly contested across the nation and here in Nassau County.

In Nassau County, early voting started yesterday and will continue through August 16, 2020. According to Vicki Cannon, Supervisor of Elections, “[early voting, voting by mail voting on Election Day] are pretty much evening out over the three groups in the past few years.”

On July 27, 2020, the BOCC chose to set the tentative millage rate flat. The final rate will be set with the adoption of the final budget. So, for now, the millage rate remains at 7.4%.

In approving the tentative flat rate, Commissioners acknowledged that so many residents are suffering as a result of the COVID-19 pandemic and have expressed a common desire to reduce the rate, if possible.

Reducing the millage rate, can in fact, be accomplished up until the FY 2020-2021 budget is approved. The date for the first public hearing on the budget has been scheduled for September 14, 2020.

In an attempt to reduce spending which could result in a reduction in the millage rate, the BOCC has reached out to the Nassau County constitutional officers with a request for them to identify ways in which their departments might be able to make some cutbacks.

For Nassau County, constitutional officers include the Tax Collector, the Property Appraiser, the Supervisor of Elections, the Clerk of the Courts and the Sheriff. At the August 3rd meeting of the BOCC held at the Emergency Operations Center (EOC) during the discussion regarding possible budget cut recommendations from the constitutional officers, Commissioner Justin Taylor stated that the Supervisor of Elections had already reported a cost savings of $400,000. Commissioner Taylor is running for that office. Details on how that has been accomplished are expected from Ms. Cannon later this week.

No deadline was included in the letter to the constitutional officers.

And while some uncertainly remains as to the final millage rate, homeowners will receive their TRIM (Truth in Millage) notices this fall (usually in the August/September timeframe). Those notices will reflect the tentative millage rate of 7.4%. TRIM forms notify homeowners of the proposed values and millage rates for the upcoming tax bills.

Important to keep in mind, however, is that between last year and now, property values have increased so while the millage rate may stay the same, when property values go up, so do property taxes, and correspondingly, so do tax bills.

At one of the many commissioner meetings of late, Commissioner Thomas Ford (District 4) posed a hypothetical question asking how much more the average homeowner might be expected to pay despite the millage rate remaining “flat.” Using a home valued last year at $250,000, the answer was an additional $46/year. Again, those additional dollars are a result of increasing property values – not because of an increase in the millage rate.

As one of the fastest growing counties in the state of Florida and in the nation, property values have indeed gone up. 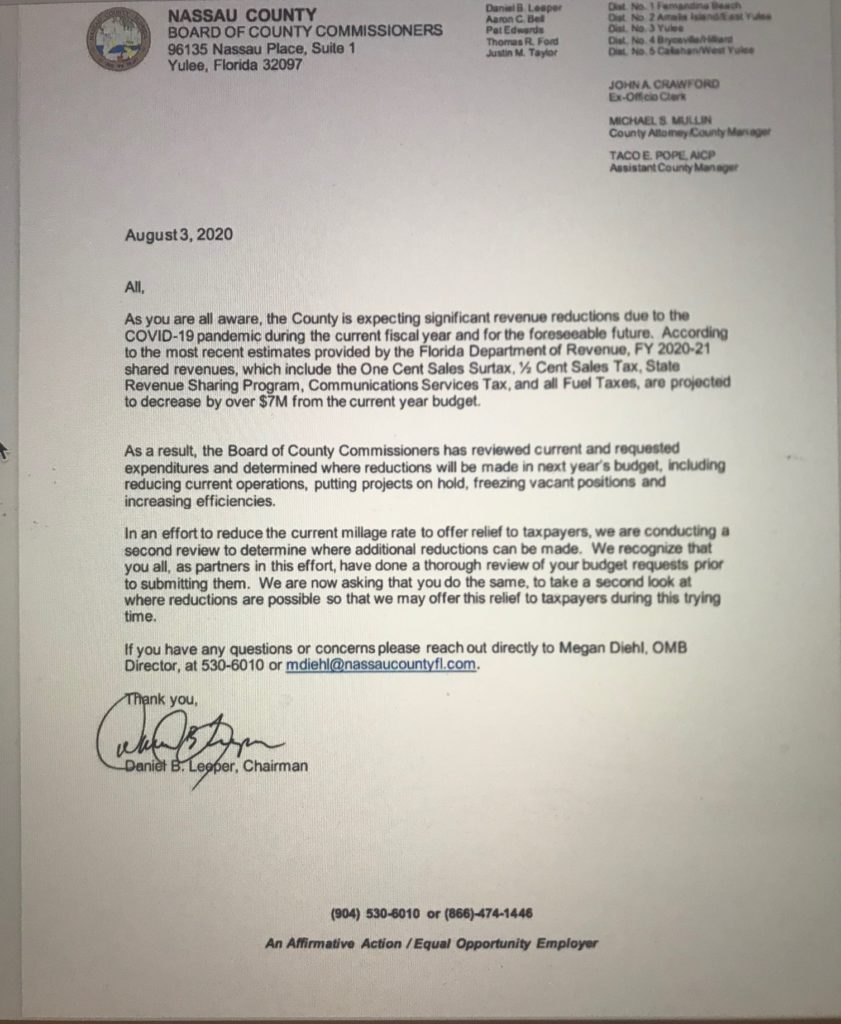