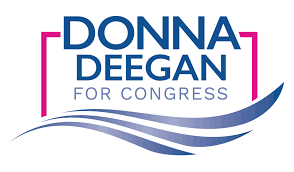 “Unions have historically led the way in fulfilling the promise of America for all working people by championing good pay and benefits, workplace standards, and safe conditions,” Deegan said. “No other organization has done more to lift families up and help them seize opportunities and for this reason I am honored to have the endorsement of the North Florida Central Labor Council AFL-CIO, and I look forward to continuing the conversation and working on behalf of the hard working men and women of Florida’s First Coast.”

“We look forward to working with you to promote the future of working Men and Women in Florida and the Nation on such issues as wages, education, job safety and security, and dignity in the workplace,” wrote Russell Harper, President of the NFCLC, in a letter notifying the Deegan campaign of their endorsement.

Deegan is running for election to the U.S. House to represent Florida’s 4th Congressional District. A Jacksonville native, she has anchored the local news for 25 years, survived three bouts with breast cancer, and built a foundation to aid underserved survivors and fund groundbreaking breast cancer research.