Editor’s Note: References to the Fernandina Observer were inserted by the author, Chip Ross. We have added links for your convenience. 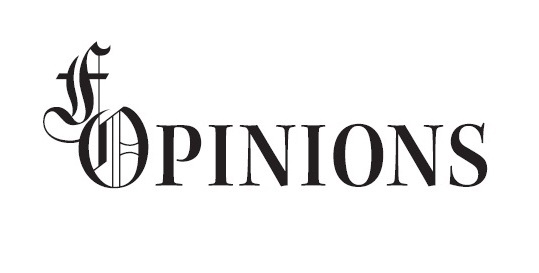 “If FEMA pays the full contested amount, the Marina could meet its expenses and pay the outstanding debt payments for the first time in greater than 10 years.”

In January 2013, then Commissioner Pat Gass asked when the Marina would be self-supporting. Marina Manager Joe Springer quickly replied, “Never.” [Fernandina Observer 1/22/2013] Not much has changed. But if the FEMA appeal succeeds, the new Marina is properly managed, and the debt is managed with favorable interest rates, the Marina could go into the black for the first time in years.

Several factors have plagued the marina for years. Prior to Hurricane Matthew, the Marina was already significantly mired in debt and mud. Decisions made by multiple City Commissions and City Managers over the past 20 years came home to roost. The marina design accelerated mud accumulation, increasing dredging frequency. Mud filled slips, frequent dredging, and hurricane damage produced accumulated losses.

Presently the estimated Marina debt, after replacing the storm damaged attenuators and fuel system, dredging, repositioning new docks parallel to the river flow lessening mud accumulation, buying 101 Front Street, and the inclusion of the Marina’s old debt, will be approximately $14.7 million. Replacement of the hurricane damaged southern and northern attenuators [outside docks] and fuel system will cost approximately $8.0 million dollars, about half the current debt. From the beginning, the City understood that only the attenuator replacement was eligible for FEMA funding, nothing else.

According to the FEMA’s documentation dated 10/07/2017, repairing the extensive damage to the attenuators qualified for 75 percent federal funding of all eligible costs in accordance with 44 CFR 206.47(a) and disaster determinations. [Fernandina Observer 10/9/2017]. FEMA at that time agreed that the extensive damage qualified for replacement as opposed to simple repair. The State of Florida would pay an additional 12.5% of eligible costs. The City anticipated that FEMA would reimburse approximately $6 million, the State about $1 million and the City would be responsible for $1 million to replace only the attenuators. Based on that assurance, the City proceeded to remove and replace the attenuators. As with all FEMA reimbursements, construction must be completed before FEMA will pay. Construction should be completed by the end of July 2020.

On 28 May 2020 FEMA radically changed its position and now opines that the attenuators were not eligible for replacement and should have been repaired. FEMA offered to pay $1.88 million or approximately 26% of the previously approved monies. The City will appeal FEMA’s decision. The appeal process should take six to nine months. If the appeal fails, the City will need to finance the FEMA created shortfall of $4.4 million.

Even if FEMA paid what FEMA initially agreed to pay, the City was always obligated to pay 12.5% of the attenuator and fuel dock replacements [approximately $1 million]. The prior debt, the purchasing of 101 Front Street, dredging, the new inner docks and the accumulated operating losses prior to and since Hurricane Matthew were never eligible for FEMA funding. Those accumulated non-reimbursable costs and debt are approximately $6.2 million.

Before Hurricane Matthew, the financing of the Marina consisted of a Capital Improvement Refunding Note 2016B [remaining balance of approximately $2.6 million maturing in 2026 with interest rate of 1.92%], an account payable to the utility fund of $2.3 million, and a City Utility fund loan [$1.3 million maturing in 10 years at 4.35%]. To rebuild the marina, two lines of credit were established [$7.3 million borrowed with an anticipated $980,000 to be borrowed to finish the Marina].

Based on past performance, the Marina does have the potential to contribute substantial money from operations to pay debt. In the five years prior to Hurricane Matthew [2012-2016] the Marina averaged a $393,000 “profit” each year. In 2016 the “profit” was $555,000. That “profit” did not include the cost of dredging or any debt payment.

A multi-faceted approach needs to be taken to pay the Marina debt. The City needs to aggressively pursue the estimated additional $6 million dollars that FEMA originally promised. Marina management must control expenses and maximize revenues. The previous Capital Improvement Refunding Note, Original Series 2016B (current rate 1.92% with a remaining $2,600,000) could be renegotiated and amortized over 20 years (decreasing the yearly payment from $389,000 down to $157,000.)

In the past, the Marina has been able to generate $500,000 per year in operating profits. If FEMA pays the full contested amount, the Marina could meet its expenses and pay the outstanding debt payments for the first time in greater than 10 years. If FEMA does not pay what FEMA promised, there would be still a $300,000 per year shortfall.

Renegotiating the lease terms at the expiration of Brett’s Waterway Café’s lease [in 5 years] could possibly replace the $300,000 yearly deficit. Allowing very limited commercial development [no residential housing] either south of the current Atlantic Seafood building or at 101 Front Street could also be considered. The foot print of these proposed activities would utilize less than 3% of the approximately 17.6 acres associated with the Marina. These ventures could be private, public partnerships with the City contributing land for lease. The projected lease revenues could exceed the $300,000 deficit which could fund routine dredging and partly fund waterfront park improvements.

If you have further questions or concerns, I can be reached at cross@fbfl.org.

Why didn’t the Observer print the Common Sense timeline submitted to it on the same topic? Don’t your readers deserve to hear both sides of a story?

I agree with David Scott! Why aren’t you printing the Common Sense Timeline on this subject? Give people facts and let THEM decide what is true.

In this article, Chip Ross is making assumptions regarding FEMA payments that most likely WON’T happen, and putting all the blame on previous city commissioners, Managers and FEMA, rather than any blame on our current city manager who was responsible for managing this project with FEMA, and the city commissioners(Ross being one of them) who voted to spend the money to replace, rather than repair, with NO official commitment of money from FEMA.

Once again a very thorough job of explaining the situation.

“Limited Commercial Development” on the River is not something I can support! How’s about unlimited Trees, Grassy Knolls, Benches & Unlimited View Corridors!

Why would the City develop land we already own when taxes were raised to buy up land we don’t own to protect from development?

Why didn’t you post the common Sense’s rebuttal to the Ross marina article ?

We decided not to post the Common Sense group’s article until after the FEMA process is completed. Well over half of Commissioner Ross’s article focused on the debt, current financing, future financing at much lower interest rates, and his opinion that the marina’s revenue could in the future, possibly pay the debt if FEMA funds are received. We believe the information provided by Commissioner Ross, is useful information for the citizens of Fernandina Beach and well researched.

I just finished reading the full Common Sense article, and the following is the basis of the article. “The talking points are moving toward how to “PAY” for it, rather than “TRANSPARENCY & ACCOUNTABILITY for what happened”. I tend to agree with them, after living here 13-years watching the same thing happen with the commission, over and over, concerning the marina. We should now demand “ACCOUNTABILITY” for their actions, otherwise this out-of-control spending will simply continue to go on and on into eternity!!!