While cooperation between various counties in the state of Florida has been a noble goal during the COVID-19 epidemic, it hasn’t necessarily happened.

Here in Nassau County, cooperation between the county and city governments has also proven to be a tad problematic on any number of issues.

Yet at the June 8, 2020 meeting of the Board of County Commissioners, cooperation and a cost-sharing agreement with the City of Fernandina was successfully agreed upon with a unanimous vote. 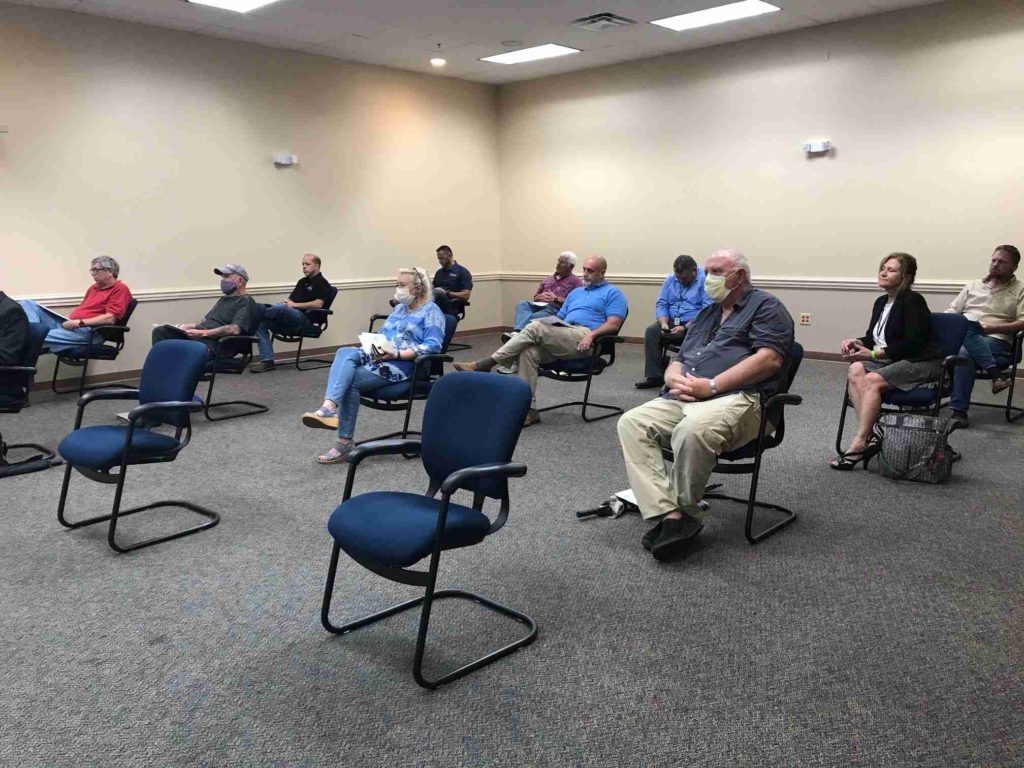 Wearing masks and maintaining social distance as the current seating arrangement in Commission Chambers mandates, were Dr. Chip Ross and Len Kreger, members of the Fernandina Beach City Commission. It was Kreger, Fernandina Beach Vice Mayor, who took to the podium.

Under consideration was a resolution authorizing a cost-sharing agreement with the City, the County and the Florida Fish and Wildlife Commission. The intent of the agreement is to comply with the requirements outlined by the US Fish and Wildlife Service. If awarded, the grant would provide for the creation of an Amelia Island Habitat Conservation Plan.

As outlined on the website of the US Fish and Wildlife Service (as it pertains to this project), “The Cooperative Endangered Species Conservation Fund is a tool that provides grants to states to participate in a wide array of voluntary conservation projects for proposed and listed species. The program provides funding for species and habitat conservation actions on non-federal lands. States . . . must contribute a minimum non-federal match of 25 percent of the estimated program costs of approved projects.”

The Florida Fish and Wildlife Commission offered to provide $11,000 of the matching requirement, leaving a balance of $33,875 to be shared equally between the City and County.

On June 2, by a vote of 5-0, the City of Fernandina Beach affirmed its willingness to share the remaining cost of $34,875 with the County and on June 8, the Board of County Commissioners agreed.
Recognized and respected by most residents here in Nassau County is the fact that Amelia Island hosts a large variety of endangered and/or threatened species including sea turtles, bobcats and manatees.

Commented Assistant County Manager Taco Pope, “In essence, this $17,000 investment leverages more that $179,000 in services and so it makes sense for a lot of reasons beyond just doing the right thing on beaches.”

Should be worrying about lowering our taxes instead of paying for tourist and conservation. I have been trying to get the beach access 25 bushes cut and cleaned up for weeks now. What do we have to do these access should look kept and trash is just left in this lot daily. As well as blocking public streets when the lot is full they park and block one side of a two way street. Illegal?