DeSantis calls for probe into Florida unemployment problems; Scott says jobless being paid too much 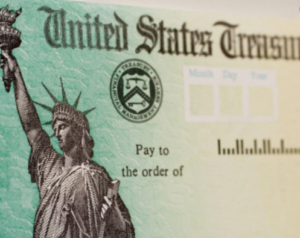 “If given the chance to make more on a government program than in a job,” the former Florida Republican governor tweeted, “some will make the rational and reasonable decision to delay going back to work, hampering our economic recovery.”

Scott’s comments come amid calls to investigate why the state’s CONNECT unemployment system – installed in 2013 during his eight-year tenure as governor – crashed in mid-March when it was deluged by Floridians left jobless by the response to COVID-19.

As of Wednesday, the state’s Department of Economic Opportunity’s (DEO) Reemployment Assistance Claims Dashboard reported less than a quarter of the 2 million applications filed by Floridians had received first payments.

“Once the dust has settled,” Gov. Ron DeSantis said this week, there is going to be an investigation into how a “clunker” that was “designed basically to fail” was approved during Scott’s administration.

“Before I was governor,” DeSantis said Monday, “the state paid $77 million for this thing, no question about it, totally not worth $77 million.”

DeSantis said he wants to “go and look and see what went on, why they paid this much.”

DEO’s website repeatedly crashed after the tsunami of applicants overwhelmed it. In response, the state spent $100 million to add 100 new servers, launch a mobile friendly application and provide paper applications.

DeSantis said the website would take “three months to fix, given how bad the system was.”

Trying to upgrade the system while handling an unprecedented number of applications “has not been an easy thing,” he said, “but I can tell you, it’s been worked on 24/7.”

Over the weekend, DEO shut down to trim backlogged applications. On Monday, it reported 281,000 claims processed and 220,000 paid Saturday and Sunday.

DEO reported Wednesday it had received nearly 200,000 applications since Friday, topping 2 million filed since March 15, although many are double- or triple-filed claims.

Democrats and some Republicans maintain Scott-imposed requirements are cumbersome and punitive, and the $275 weekly compensation and 12-week cut-off, among the nation’s lowest amounts and shortest durations, are inadequate.

DeSantis has waived Scott-era stipulations mandating a two-week wait before receiving payments and weekly job-search requirements, but he has resisted calls to raise payments and extend eligibility, claiming he does not have executive authority to do so.

Florida was among the states with marginal unemployment compensation that prompted Congress to include up to $600 in federal weekly jobless assistance in the CARES Act.

Paying unemployed Floridians $875 weekly is too much, said Scott, repeating the argument he made as governor to not raise the weekly cap above $275, last raised in 2008, and trim eligibility from 26 weeks to 12.

The CARES Act coronavirus relief “means workers could make more money by not working than they would make if they had a job,” Scott wrote in a Fox News op-ed. “Surely no responsible adult or elected official would favor such a government program creating a perverse disincentive to return to work when it’s safe to do so and we start re-opening our economy.”