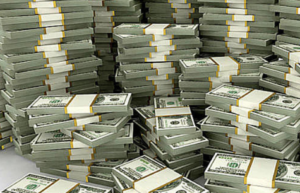 (The Center Square, April 16, 2020) – The Florida Legislature undoubtedly will be called to a special session to assess how the response to the COVID-19 pandemic is evaporating revenues built into the state’s $92.3 billion fiscal year 2021 budget before it goes into effect July 1.

FTW maintains lawmakers should join “the rest of the nation in taking measures to collect the taxes already owed on internet sales (e-fairness),” which “could bring in $700 million annually” for the state.

Florida is one of seven states that don’t require remote retailers to collect and remit sales taxes from online purchases, placing the burden on residents who are supposed to pay the state’s 6 percent sales tax when they make an online purchase.

Florida also is the only state that has not changed online sales tax collection laws in the wake of the June 2018 U.S. Supreme Court ruling in South Dakota v. Wayfair, which allows states to compel out-of-state remote sellers to remit sales taxes.

The bill proposed mandating online retailers that sell at least 200 items, or $100,000 worth of goods, a year to Floridians to collect and remit the state’s 6 percent sales tax.

The bill advanced through two committees before dying in the Senate Appropriations Committee.

FTW also called on legislative leaders to hasten negotiations with the Seminole Tribe to secure a new gaming compact.

The Seminoles stopped making $350 million in annual payments to the state when their pact with the state expired last May after lawmakers and the tribe failed to reach an accord over banked card games and control of online gaming, and discord over sports gambling.

“The state is also foregoing $350 million a year by not renewing the gaming compact with the Seminole Tribe, an amount that could grow significantly with some acceptable changes to the agreement,” FTW said.

House and Senate leaders confirmed during the legislative session’s waning days that state negotiators were near securing a renewed compact that could garner the state up to $700 million a year by allowing the Seminoles Tribe to add craps and roulette to the slot machines and banked card games, such as blackjack, its casinos offer.

“Measures to properly collect owed taxes on internet sales (e-fairness) and re-establishing a gaming compact with the Seminole Tribe are solutions that could increase revenue collections by more than $1 billion annually without raising taxes on Florida families,” FTW President and CEO Dominic Calabro said.

FTW issued the recommendations as part of its annual Taxpayer Independence Day analysis, which, before the pandemic skewered underlying data, was Tuesday this year for Floridians.

The FTW Taxpayer Independence Day report annually recognizes the day that “the year-to-date income of Floridians finally surpasses their total annual tax burden, with the assumption that every dollar earned prior to that date goes toward paying that year’s local, state and federal tax obligations, and every dollar earned for the remainder of the year stays in the pockets of the earner.”

Before the pandemic “and the economic slowdown it has caused due to what will likely be historic reductions in government revenue and personal income collections,” FTW’s April 14 estimate was one day sooner than taxpayer independence day in 2019.

“Floridians’ income was expected to grow slightly faster in 2020 than it had last year,” FTW said, acknowledging “taxpayer independence in 2020 is likely to differ significantly from the pre-COVID estimate.”