“We are some of the lucky ones,” say local couple who recovered from COVID-19

At press time, Nassau County counted 34 cases of Corona Virus. Of those, 17 people have recovered and have been released from isolation by the Nassau Health Department. The Fernandina Observer interviewed two of the people who recovered and wanted to share their experience. To protect their privacy, we are calling them John and Jane Doe. Here is their story: 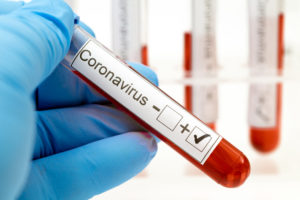 Saturday, the man we are calling John Doe celebrated his 64th birthday.

“His sister from California ordered us a really special breakfast from Amelia Island Coffee, and I went and picked it up,” said the celebrant’s wife, who is 66. “We were elated that we had dodged a bullet on this.”

Both the Does stressed that “we are just representing our own experience – we know we are some of the lucky ones. There are different experiences for everybody.”

“I know it’s a really hard time — I pray for everybody,” said the woman we are calling Jane Doe, who did most of the talking for the couple. “I have a friend who’s been in an ICU for more than a week.”

The couple, who live on Amelia Island, emphasize that they are active and in good health. Both have allergies, and she has asthma. In early March, the couple hosted friends from out of state.

“They come every year to play golf and get out of the cold,” said Jane.

Although no one knew it at the time, the visitors had been exposed to the virus back in their home state. As soon as they found out they had been exposed, they left for home, and, when they got there, both tested positive for the virus.

At about the same time, Mr. Doe started feeling sick.

“He had a fever, and was very tired,” recalled his wife.

He called his primary care doctor here, who thought it might be a sinus infection, and prescribed antibiotics. When the symptoms didn’t abate, the doctor referred him to the Nassau County Health Department.

“Doctors here don’t make the referrals you need to get tested,” said Jane Doe. “They have to come from the county health department.”

Armed with a referral from the health department, the couple drove to a test site in Jacksonville.

“We waited in the car for about three hours until it was our turn,” she said. “But the process was very smooth and well organized.”

When the results came back about a week later, John was positive for Covid 19. ( Jane was not tested as her symptoms came on a little later. She was diagnosed positive because of her symptoms and her exposure.)

“He had a fever, a massive headache, body aches, a back ache, and a cough,” said Jane, who developed similar symptoms. “And my asthma started acting up. I was using all my rescue inhalers, and I was put on a steroid.”

The illness lasted about ten days.

“When you get it, the first couple of day, you’re waiting for the shoe to drop, worrying, ‘am I going to be one of the people who can’t breathe’….. We had our ups and downs – we’d begin to feel better, then that night the fever would come back,” recalled Jane. “It was similar to the flu, but without the nasal congestion. One of the side effects is loss of appetite. You have a bad taste in your mouth, and you don’t want to eat. We had to work hard to stay hydrated. We slept almost all of the time. We’d sleep 12 hours a night, and still take a lot of naps.”

In between naps, the couple contacted all the people they and their house guests had been in contact with, “anybody they had played golf with or had dinner with. They all had to self-quarantine for 14 days. It has a domino effect.”

The Does credit their friends and neighbors for helping them get through the illness.

“We were extremely transparent with our neighbors and got lots of support,” said Jane. “People would deliver food, deliver prescriptions, help with our dog – I was worried he wasn’t getting enough exercise”.

They also credit their physician and the Nassau County Health Department.

“Our doctor – we have the same doctor – kept checking on us by phone,” said Jane. “And the Nassau Health Department was great. They monitored us all the way through, and checked our symptoms by phone.”

On April 6, the Nassau Health Department released the couple from quarantine. The Centers for Disease Control recommends that patients be released when they have experienced at least three symptom free days.

“We were symptom-free for at least a week,” said Jane. “We were finally able to go outdoors, go for a walk….we’re feeling really well, exercising and gardening.”

But they are taking it a little slow.

“We’re not back to golf yet,” she said. “We’re still nervous – it’s sort of like you had PTSD. We still wear masks and gloves everywhere we go.”

They have one important appointment on the calendar. On April 28, John Doe will go to Jacksonville to donate plasma, which will be used to help Covid-19 patients. People who recover from the disease may have antibodies that will help others with the disease. (As Jane Doe was not tested for the virus, she is not eligible to donate plasma at present.)

The couple’s advice to the community: Do everything you’re supposed to do. Be as careful as you can be. Practice social distancing. Wipe everything down. Wear masks, wear gloves. Don’t think ‘it won’t be me.’

For the latest information on Covid 19, go to links to cdc and Nassau emergency management websites or whatever.