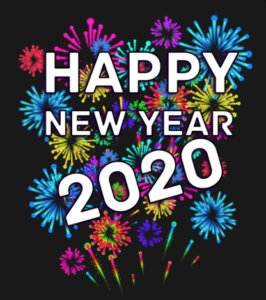 A new year means more than just a toast at midnight (and a hangover the next day). In Florida, there will be a number of new state laws that will have far-reaching effects.

Getting behind the wheel? Put down the phone.

Starting July 1, Florida law enforcement officers were allowed to stop drivers and cite them for texting and driving.

The second part of House Bill 107 upholds the hand-held ban in school and construction zones. That took effect in October.

However, many Florida law enforcement agencies — including the Florida Highway Patrol — had a six-month grace period by issuing warnings instead of fines.

First-time texting violators will face a $30 fine plus court costs. A second offense within five years costs $60, $158.18 with court costs, plus drivers would have three points added to their license. Court costs and fees would also apply.

One of the major objections concerns potential racial profiling; the new law requires officers to record the race and ethnicity of every violator.

Florida’s minimum-wage rate is increasing from $8.46 to $8.56 per hour Wednesday.

The minimum wage for tipped workers goes to $5.54 per hour, according to the Florida Department of Economic Opportunity.

Trial attorney John Morgan led an effort to gather enough signatures to have a minimum-wage amendment on the November 2020 ballot. If the amendment passes, the minimum wage will increase to $10 an hour on Sept. 30, 2021, and then would raise a dollar more each year until it reaches $15 in 2026.

Florida is among 21 states boosting their minimum wage on New Year’s Day, according to a worker rights group known as the National Employment Law Project.

House Bill 7123 establishes the sales-tax rate on commercial leases goes from 5.7% to 5.5%. Gov. Ron DeSantis’ Office estimates the commercial rent reduction will save about $64.5 million each year.

The bill is part of a ‘catch-all’ tax law that also includes sales tax exemptions for disaster preparedness supplies, tax exemption for certain agricultural lands damaged by Hurricane Michael, requiring proceeds from filing fees for court proceedings be deposited into the State Courts Revenue Trust Fund and reduces tax rates on rental or license fees for the use of real property.

Other parts of this bill have already taken effect, including the August 2019 sales tax holiday on hurricane preparedness supplies.

Florida economists projected shoppers saved about $41.7 million during the sales-tax holiday. It accounts for the most significant part of an $87 million tax package.

Notorize.com states Florida is set to become the 21st state to adopt online notarizations. The bill could impact more than 20 million residents of Florida and nearly 500,000 notaries, “as now anyone can now buy or sell real estate, sign and notarize documents, or set up Wills to protect their loved ones entirely online.”

House Bill 427 designates the Honor and Remember Flag as the state emblem to honor military members who have died in the line of duty.

The push to adopt an Honor and Remember flag was part of a national movement to recognize the sacrifice of America’s fallen military service members and their families. The intent of the Honor and Remember Flag is to fly as a tangible reminder to all Americans of the lives lost in defense of national freedoms.

Thanks for this info. Please sign me up for this newspaper.