While it often feels like the wheels of justice (or business or government) turn very slowly, sometimes business and government activities can be considered on a fast-track, relatively speaking.

Such is the case with a few hot-button issues of late. One is making headlines from here to Duval County and two other(s) are Nassau Centric. 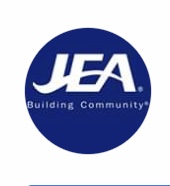 The recently announced proposed sale of JEA (the Jacksonville Electric Authority) is first on the radar screen. On Wednesday, October 16th, the BOCC discussed JEA’s intent to sell facilities in Nassau County. As part and parcel of the existing contract between the County and JEA, Nassau County has the “right of first refusal”—and such is to be exercised or communicated within 90 days of the notice to sell. The letter of intent to sell was dated September 27th, 2019.

According to JEA, there are 8,011 unique water and sewer customers in Nassau County in addition and 1,755 irrigation and/or reclaim customers.

To that end, the Board of County Commissioners agreed to begin down a path of due diligence by granting the approval of a contract with the Florida Governmental Utility Authority (FGUA) to provide an in-depth analysis of the situation. It is estimated that the cost of such due diligence will cost the County an amount not to exceed $55,000.

According to their website, “The FGUA was formed in 1999 through an interlocal agreement between Brevard, Lee, Polk and Sarasota counties. [Those] four local governments desired to make the best use of their common responsibilities to acquire, own, improve, operate and maintain water and wastewater facilities.”

Furthermore, “by forming the FGUA, these counties used resource sharing to provide drinking and wastewater service to their citizens at a lower cost and with more local management. Since [that time – 1999] the counties making up the FGUA have changed. Today, the FGUA has over 80 systems in 13 counties across Florida. As of 2014, the FGUA provides service to over 100,000 customer connections.”

In addition to obtaining important due diligence information from the FGUA, Nassau County could become to a part of FGUA network – joining 13 other counties across the State (or 32 local facilities).

But that’s just one option. A second option would be for Nassau County to buy-out JEA’s interests in Nassau County. According to JEA, there are 8,011 unique Water & Sewer customers in Nassau County in addition to and 1,755 Irrigation and/or Reclaim customers. If acquired, the County could then hire a utility management company.

Either way, Nassau County would have much more control than what exists currently.