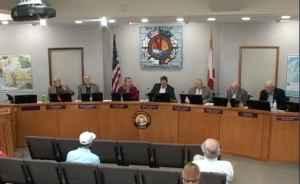 While, the auto park may be in a place of hibernation, the promoter/developer Legitt has a tenacious apetite as a “deal maker”, and strikes me as a guy who views this more as a game and test of wills challenges his emotion. One has to keep in mind that a project of this nature has no bedrock and underlying credible feasabilty. Hold the line when he resurfaces with aaaaaanother scheme!!!!!

Agreed. Unless and until another more appropriate project is approved for the site, Leggett is still a threat to our way of life and our island.