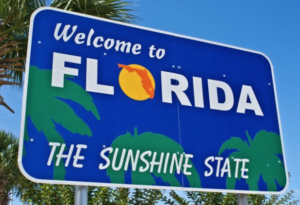 It is a legitimate question:  how should/can elected city commissioners share their thoughts on any given potential piece of business without running afoul of the Sunshine Laws?  Should time be devoted to discussing unformed objectives during regular business meetings, or should commissioners meet in workshop session to exchange views?  And which is the best method to insure that the public receives ample notice of such intended discussions, along with any back up materials underscoring the need for action on a particular topic? 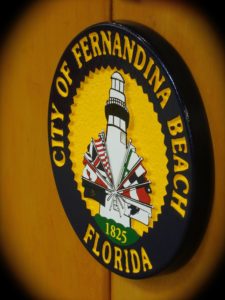 Toward the end of published agendas for Fernandina Beach City Commission (FBCC) meetings there is a topic headed:  Discussion Items.  Commissioners routinely use this area as a means to rally support from other commissioners for projects or policies that will then come before the FBCC for formal action at a future date.

Prior to the current commission, topics in this part of the agenda were primarily there to allow the commission to give direction to the city manager or to impart updates to ongoing projects.  Commissioners today routinely add multiple discussion items to each agenda:

But there are those in the community who fear that individual commissioners may be using this part of the agenda as a way to short circuit the normal public notice and vetting process.  Commissioner Phil Chapman has expressed concerns that Items that are listed as discussion topics are not always accompanied by back-up materials, leaving other commissioners and the public to wonder just what is going to be discussed.

During the May 7, 2019 FBCC Regular Meeting, seven discussion items appeared on the agenda:  one added by Mayor John Miller, two by Commissioner Mike Lednovich, two by Commissioner Chip Ross, and four by Vice Mayor Len Kreger.  The only item that resulted in action was naming the Peck Center Library, for which Mayor Miller had sought consensus from commissioners prior to asking city staff to craft a resolution.

Time spent on all seven items exceeded one-third of the 3.5 hour meeting.  But by far the most time — about a  half hour — was devoted to Waterfront Park Development, an item placed on the agenda by Lednovich, who attended the meeting electronically from home due to recent health issues.

When Mayor Miller turned to Lednovich to lead the discussion on his topic, Lednovich ceded his time to Commissioner Ross, who had not been listed as a speaker for this item; nor had he provided back up material in advance to alert other commissioners and the public to his particular concerns. Ross proceeded to begin a discussion about marina debt and future use of the Wade-Vuturo property.

Ross cited various issues associated with city marina debt, including the $700K debt to purchase the Wade-Vuturo property.  He told commissioners that he had identified three broad issues for that property:  use the property to make money for the city; ignore it; maintain the current situation but remove the debt from the marina’s account and move it to the general fund.  He said that he had no strong views on any option, but was concerned about the process in moving forward.

Ross, who is known for his extensive personal research into items coming before the commission as well as his desire to move quickly to accomplish city goals, asked commissioners to weigh in with their thoughts for the future of the land side portion of the Wade-Vuturo property, which the city had purchased for the the associated riparian rights.

Lednovich thanked Ross for putting the arguments together.  Lednovich said he thought the city had been focusing on developing a “50,000 foot vision” of what the waterfront should be, and that now Ross was bringing it down to 5,000 feet to look at one property.  He also raised concerns that the Wade-Vuturo property should be considered along with the Simmons property.  He believed that the city had to discuss the larger issue of the waterfront vision as a whole before drilling down to individual properties.

Kreger cited discussions the City Manager is currently having with the two firms interested in creating the vision and plan for the waterfront at the FBCC’s direction and suggested that he would like to see the outcome of the Wood study  as well as deciding on a waterfront consultant before moving forward on the issue.  Kreger also raised the original plan to expand the marina northward, which was the reasoning behind purchasing the Wade-Vuturo property in the first place.

City Manager Dale Martin reported that he has met with both Acatects and Passero Associates, the two groups interested in devising the waterfront master plan.  He has requested additional information from both parties and will report back to the FBCC at the next meeting.

Commissioner Phil Chapman said that he felt blindsided by the discussion, since the discussion item noticed on the agenda said only Waterfront Park Development.  Somehow, without providing advanced notice to commissioners, that item had expanded into marina debt and the future of the Wade-Vuturo property.  He expressed unhappiness at being expected to have a serious discussion over such matters when the agenda packet did not state a purpose for the discussion.  He also said that no back up information had been provided in the agenda so that the public could see what the commissioners would be discussing under this heading.  He said he wanted to hear from the two groups who want to work on the waterfront master plan before making decisions on individual properties.

Chapman and Ross spent a few minutes trying to clarify goals and expectations for discussion items on meeting agendas.

Commissioner Lednovich said that he understood Chapman’s frustrations with discussion items but that the previous commission had “gamed the system” with placing items on the agenda.  It takes 3 meetings to get something on the agenda, he claimed.  He indicated that his reasoning for placing what might appear to be vague items on the agenda as discussion items was to insure that topics that were important to voters were discussed at each meeting.  “If there is nothing to talk about, fine.  Then we’ve done that,” Lednovich said.  “This is our opportunity to inform the public we serve, and that’s our job, gentlemen.”

Lednovich said the people deserve to know the information Ross presented about how much money the city marina will lose each year ($664,000).  He said that enterprise funds are self sufficient, and it is clear that although called an enterprise fund, the marina fund clearly is not self-sufficient.  “Those are the conversations we should be having at every meeting,” Lednovich said.  “What are we doing about it?  What are the next steps?”

Local attorney Clinch Kavanaugh, who has researched the city’s waterfront and water issues for both the city and private individuals, was recognized to speak.  He said, “We have a much more important issue than what we are going to do with parks and the Vuturo property.  We now have clear day flooding down [along the waterfront].  When we have tropical storms, it floods, sometimes all the way up to 2nd Street.”  Kavanaugh went on to say that there are now wetland plants that have expanded their growing areas east of the river to Front Street and the east side of the railroad tracks in places.

“We have a subsidence problem there; we have global warming; and the tides are coming up higher,” Kavanaugh said.  He showed the FBCC several photos in support of his position.  “The water did not come down over the railroad tracks — it rose from underneath,” he said as he pointed to troughs of water along the tracks.

Kavanaugh claimed that the area commissioners are considering for a park is becoming a wetland due to subsidence.  “We don’t just have a problem with the water coming up,” he said.  “We have a problem with the land going down.  You can’t take one parcel and study it; we have to address it systemically.  We have a crisis down there — not a raging one, but a slow walk.  We now have the latest flood maps taking the flood area all the way up to 3rd Street in some places.  And that’s also the case on Egans Creek and Alligator Creek.  We have not taken a focused look at what we’re going to do about hardening our city, the historic district, and Front Street.”

“We have serious engineering problems, and you [commissioners] are jumping way far ahead.  We’re very lucky to have the city engineer that we have because he understands these problems. … We have got to stop looking at these little pieces of property and look at the problem holistically.”

Kavanaugh said that he is working with city planner Jacob Platt and the state to develop aerials going back to the 1857 city plat that demonstrate how the waterfront has changed.  He indicated how many of the flooding problems have resulted from the fill that has been placed in what were river areas over time.

He asked that city engineer Andre Desilet be designated “czar” for bringing all the parties together to solve this problem.

Ross said that in many ways he agreed with Kavanaugh.  But he claimed that some water issues Kavanaugh attributed to clear day flooding were caused by a blocked drain.  After some back and forth with Kavanaugh, Ross agreed that the city needs an engineering study that runs from Rayonier Advanced Materials on the south to the port on the north.  Coastal flooding, storm surge, subsidence and stormwater are all issues needing attention, he agreed.

Mayor Miller said that the commissioners were spending a lot of time talking about procedure, as opposed to topics.  He suggested that the City Manager try to work this problem out during his individual meetings with commissioners so that FBCC meetings could be more productive.

Miller also agreed with Kavanaugh on the order in which topics should be addressed.  He said, “If we wait much longer to address these problems, we won’t be able to develop these lands because they will have been classed Wetlands.

The FBCC has previously discussed the need for an engineering study, which is currently in process.  Kreger announced that Stormwater Department Director Andre Desilet will hold a workshop on the study later this month.  “There are 3-4 grants in process, we have a study on the waterfront, the Local Mitigation Strategy (LMS) in process.  It would be good to pull all of this together, which I hope is what we plan to do, so we can discuss it all at one time.”

Kreger suggested a formal agenda item or a workshop so that all the information can be discussed in one setting before the public.

It is clearly time to get a functional, intelligent city commission…..people whose only agenda is the welfare of the city and its citizens….maybe the next round of elections can clean the slate and bring some sanity to city governance….just saying

I am with you on this Gerald, maybe an all woman city commission….let’s get it done!!