Amelia Bluff is not the first FLUM scrivener’s error

When Fernandina Beach Mayor John Miller opened public comment on the Amelia Bluff request to change the Future Land Use Map (FLUM) from Conservation to Low Density Residential at the March 19, 2019 Regular Meeting to correct a scrivener’s error, the first

speaker he recognized was Ron Sapp.  A former mayor and commissioner who has devoted many years to serving the citizens of Fernandina Beach, Sapp is an ardent conservationist.  Through his initiative and persistence, city residents passed the Greenway Initiative, which enabled the city to incur debt to purchase over 300 acres running north to south along Egans Creek.  The Egans Creek Greenway was opened for public use in the summer of 2000 as an undeveloped park for passive recreational use.

In addressing the Fernandina Beach City Commission (FBCC) on March 19, Sapp said, “… What you are being asked to do tonight is to give up conservation land.  If you do that, you will be the first Commission in the history of this city to do that.  You can spin it, you can blame it on staff, you can say, well, they have already started building.  You can justify, you can rationalize, but if you vote in favor of this, you are going to be the first City Commission in the history of this city to give up conservation land.  I urge you not to do that.”

There have been at least three instances of previous City Commissions agreeing to change land designated as Conservation to Residential: lots on Cedar, Beech and Date Streets as well as the entire Egans Landing subdivision (Robert Oliver Avenue).

All three of these cases seem to have originated from scrivener’s errors on maps.

On October 3, 2006, then Mayor Bill Leeper signed an ordinance changing the FLUM from Conservation to Low Density Residential for three parcels totaling 4.22 acres located at 2122 Cedar Street, 2203 Cedar Street and 2120 Beech Street.  The change was requested by owners Larry Myers, Robert Allen and Jeffrey Burt.  The change had previously been approved on a 6-1 vote by the Planning Advisory Board.

According to minutes of the September 5, 2006 FBCC meeting, Sapp was the only commissioner to oppose this change on first reading.  While he did not oppose protecting the individual residences that already existed on the land, he asked how they had been permitted since the land had always been designated wetlands/conservation.

Then City Planner Catherine Hartley said that she understood that the houses had been built in the 1930’s prior to the adoption of zoning and land use rules.  Sapp said it was his understanding the the property owners wanted to sell the land for further residential development.

Robert Allen, one of the property owners, said that when he had purchased the land it was zoned R-1, low density residential.  The minutes read:  “[N]o one has come up with a reasonable period when this scrivener’s error occurred.”  Allen went on to say that it was not the FBCC’s job to determine what is buildable or not, and that the city should be prepared to purchase land that it determines to be non-buildable.  Sapp disagreed, pointing out the impact of the approved Land Development Code and zoning maps.

When Second and Final Reading of this ordinance took place at the FBCC’s October 3, 2006 Meeting, Allen spoke again.  He said that wetlands protection didn’t come about until the middle1990’s, and conservation didn’t come about until1999.  He stated that when he purchased his house in 1976 the first permit pulled to rewire the house indicated the house was in R-1 zoning. He added that a recent appraisal reported the same zoning. He challenged anyone to tell him when the land had been zoned anything but R-1.

Sapp continued his opposition to the FLUM and zoning changes.  But the ordinance and its companion ordinance changing zoning to R-1 passed on a 4-1 vote with support from  Commissioners Bruce Malcolm, Joe Gerrity, Vice Mayor Ken Walker and Mayor Bill Leeper.

A similar ordinance was considered at the same time as the one above.  In this case the FBCC passed this ordinance on First Reading on September 5, 2006 and Second and Final Reading on October 3, 2006, both on a 4-1 vote with Sapp dissenting.  The ordinance changed the Future Land Use Map designation from Conservation to Low Density Residential for a 7.31-acre parcel at 2150 Date Street.  A companion ordinance was approved to change the zoning as well.

A Mr. Fontaine, the property owner, said that he had owned the property for 15 years.  When his parents had built their home, they were told the land was zoned residential. 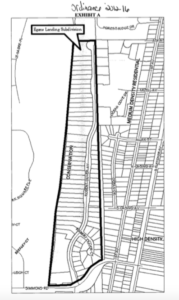 On June 13, 2012, the city’s Planning Advisory Board (LU2012-19) unanimously approved a staff recommendation to change the FLUM for the Egans Landing Subdivision from Conservation to Medium Density Residential (R-2) for 61 lots of record on Robert Oliver Avenue totaling 22.95 acres.

The Egans Landing plat had previously been approved via Ordinance 94-12 and included the verbage:  “assurance has been given that this plat meets the requirements of the Comprehensive Plan and Chapter 157 of the Code of Ordinances of the city of Fernandina Beach.”  There was no reference to FLUM maps.

In 2012, then Senior Planner Kelly Gibson gave a brief overview of her staff report and the reason for the amendment, which was an identified scrivener’ s error on the map. It was noted that Egans Landing was platted in 1994 and there is a conservation easement for properties west of Robert Oliver Avenue, which would stay in place with the change.

The change was made with the knowledge and support of Robert Oliver property owners, who authorized Barry Hertslet, President of the Egans Landing Homeowners Association to represent them.  Homeowners were informed:

“The City of Fernandina Beach ( City) and the Egans Landing Home Owners’ Association ( HOA) have identified a mapping error on the City’s Future Land Use Map. The underlying Future Land Use designation for Egans Landing reflects “Conservation,” while the Zoning district is ‘R2.’  Together these are incompatible and the land use itself does not reflect the reality of what is actually constructed on your property ( i.e. a single family residential structure). This error has existed in excess of 18 years and we would like to get it corrected.

“I / WE hereby authorize: Egans Landing Home Owners’ Association to represent me / us in processing an application for aFuture Land Use May Amendment from Conservation to Medium Density Residential land use on our behalf.”

Following the declaration above,  the following property owners affixed their names: 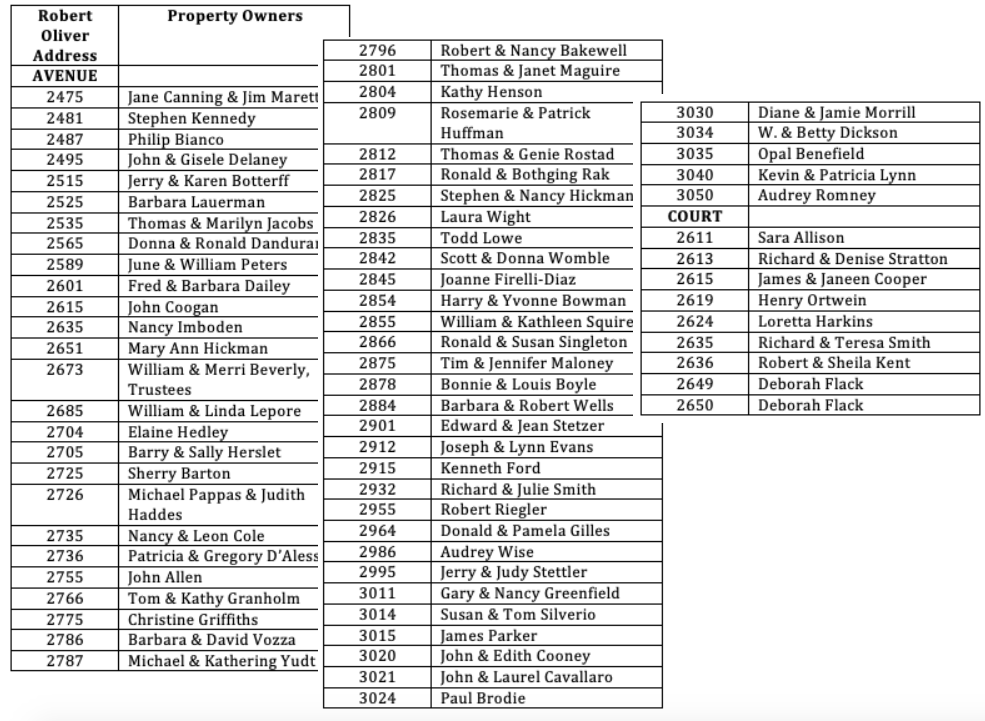 The Ordinance was signed into law by Mayor Commissioner Arlene Filkoff upon approval by all commissioners,  including Charlie Corbett, Sarah Pelican, Tim Poynter and Vice Mayor Jeffrey Bunch.

Most of Fernandina’s residents including myself are opposed to the FLUM project. This will be a disaster for our community.

Amelia Bluff is quite a different property than the properties you cite.

Numerous folks, many of whom have served as city commissioners and mayors in the past and who serve currently, have given testimony that this is NOT an error and that it was completely intentional resulting in wetlands designation in the past and many years of conservation designation when terminology for same was updated. Per current city attorney, the FLUM rules. Adjusting the FLUM to fit the comp is not the way to go. Getting the comp in line with the FLUM is more like it. If we do not act accordingly, where does it stop?

Thank you Ms. Thamm. I found this very enlightening.

Susanne, once again your reporting is clear, precise and very informative! Thank you for always giving us your 100%!!

This article underscores the process that changes in zoning must go through, staff presents findings to the PAB, residents can speak at the meeting. The PAB votes and then it goes to the City Commission for final vote where citizens may speak again before the commissioners vote.
But regarding Amelia Bluff, the city planners were aware of the issue and yet the proper process for the change was ignored.
The controversy over Amelia Bluff is due to city planners departing from the existing fair process. It all went wrong from this first fault.