Has recycling run its course? 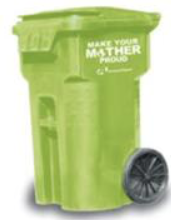 It’s Tuesday morning in my neighborhood, and a glance down our street demonstrates that most of my neighbors are making their mothers proud by putting out their green recycling bins for pick up.  We get warm, fuzzy feelings when we think about how we are doing our part to reduce the size of landfills and carbon footprints. Our children know from an early age that recycling helps save the planet.  Our newsprint may not contain anything especially newsworthy but it can be recycled to produce other goods like greeting cards, napkins and bathroom tissue.  Between our soda bottles, pet food cans and Amazon shipping boxes, many of us put out more trash for recycling than we do in our ordinary waste pick up containers. So, we feel good, the planet is being saved, and people are making a living in the recycling industry.

What could possibly be wrong with this picture?

Recent studies have called into question many of our long held beliefs about the value of recycling. Some have even suggested that the recycling process uses more energy and releases more carbon than manufacturing new plastic.  There is virtually no market for recycled glass, which is the heaviest (and costliest) part of the residential recycle load.  Ignorance or indifference by those who recycle often results in contamination of the end product, meaning that markets for recycled paper and cardboard decline.  Materials that cannot be sold by recycling centers often end up in landfills anyway.

According to Jeremiah Glisson, who heads up sanitation and recycling efforts for the city of Fernandina Beach, the city pays about $30 per ton to deposit waste in a Georgia landfill.  But the city pays three times this amount to transport and recycle a ton of material to the Republic recycling center in Jacksonville, where, according to Republic’s Bill Brinkley, as much as 30 percent of the material they receive can’t be recycled or sold.

In light of changing market conditions, continued confusion over what can and cannot be recycled and the fact that much of the material sent to recycling centers still ends up in landfills, the questions must be asked:

The first recorded mass recycling program in the United States –”Ban the Can” – was conceived and executed in 1970 by Ruth “Pat” Webb in Honolulu, Hawaii.  According to Wikipedia, she organized military and civilian volunteers to collect over 9 tons of metal cans from the roadways and highways of Oahu that were later recycled into steel reinforcement bars to be used in local construction projects.

Since that time, recycling efforts have both expanded to involve the entire country and exploded in the volume and types of materials that can be recycled.  Recycling education has become a part of children’s educational curricula.  Products made from recycled materials are readily available in stores.

Residential recycling, which in many communities was first limited to newspapers, gradually evolved to include a wide variety of products.  Individual bins color-coded by category of recyclables were abandoned to allow all materials destined for recycling to be dumped into one large container for sorting at a designated facility as part of single stream recycling.

The recycling centers dump the loads collected from the region onto conveyor belts, where they are sorted by hand into general categories:  glass, paper, cardboard, metal, plastic.  Customers then purchase what they will recycle.

According to an article in the April 20, 2017 edition of USA Today (Recycling is in trouble and it might be your faultby Paul Singer) the recycling industry is grappling with a dual threat: The value of recovered waste products has plummeted over the past five years, and the amount of effort required to extract them has risen.

Singer wrote: “There are a host of reasons for the decline in the recycling market, ranging from global trade policy to the decline in newspaper readership, said David Biderman, executive director and CEO of the Solid Waste Association of North America. Much of reclaimed American waste is shipped overseas, but China erected new limits on imported waste in 2013. In other nations, “there has been a decrease in demand for that material as growth rate in foreign countries has leveled off,” Biderman said. Low oil prices have made it cheaper to produce new plastic bottles, so manufacturers don’t have as much need for reclaimed plastic. In addition, packaging producers have figured out how to make bottles and cans thinner, so they don’t need as much raw material.”

While there is still a limited market for cans and paper, there is virtually no market for recycled glass.  Ironically, glass bottles add greatly to the weight of recycle loads, impacting the cost – with little or no financial return.

Will better-educated recyclers solve the problem?

Fernandina Beach contracts its waste hauling with Advanced Disposal .  Advanced picks up our recycling and transports it to Republic Recycling in Jacksonville, where the real recycling work is done.

Bill Brinkley, General Manager of Republic Recycling in Jacksonville, wrote an opinion piece for the Florida Times Union published on September 8, 2018.  In it he said that as much as 30 percent of material placed in recycle bins doesn’t belong there, either because it is contaminated by food residue or it’s not recyclable in the first place (examples: diapers, garden hoses, Styrofoam trays, broken plastic toys).

Republic Recycling and local governments continue efforts to educate the public on what can and cannot be recycled.  The city has an informative slide presentation on its website entitled Recycling Is Broken – Overcoming Today’s Challenges .  Prepared by Republic Recycling for viewing during a webinar produced by the International City /County Management Association, this presentation focuses on marketing issues, trends, and the need to develop new models for recycling. 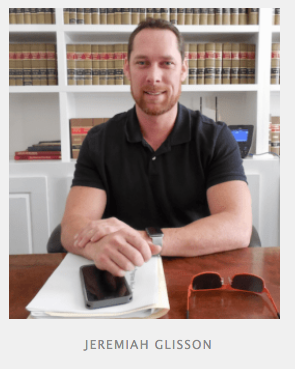 Maintenance manager Jeremiah Glisson recently sat down with me to talk about the current state of city recycling efforts.

Pointing to a personal water bottle on his desk, Glisson said that the campaign to reduce, reuse and recycle has helped individuals rethink the way they use many items that once made it into the trash.  Many people, like Glisson, carry their own waterbottles that they refill as needed.  People shop with reusable grocery bags.  Any many plastic grocery bags find new uses as liners for trash cans or receptacles for animal waste.

Glisson reported that since the city replaced the residential recycle boxes with the large green toters, city recycling has increased 400 percent.  The city recycles about 125 tons each month.

Glisson said that the city recycling center is doing much better, since it relocated to city property south of the petanque courts along the Amelia River front.  There is less contamination of material, possibly due to the higher visibility of the site.

The new recycle toters, which will be introduced to city residents and businesses with the new Advance Disposal contract in January, will have decals on the lid to remind users what can be recycled.

Glisson clarified why certain things do or do not qualify for recycling:

Plastic grocery bags may only be recycled at grocery stores or other designated locations. The sorting process used at recycling centers utilizes blown air.  Anything as light as a plastic bag gets blown into the air and can gum up machinery.

Plastic bottles: lids on or off?  Lids for soda and water bottles are best deposited in regular trash as opposed to being left on containers or tossed in recycle bins separately.  If left on bottles, they can cause contamination problems to develop.  They are small and tend to drop off the line or get caught up in machinery if treated separately.

Pizza boxes: in or out?  Glisson said that pizza boxes are the number one source of contamination.  While cardboard is a good recyclable, any grease on the cardboard provides contamination.  If a pizza box is clean – and of course, contains no left over pizza or cheese – it may be recycled.

Junk mail.  Junk mail without those little plastic windows may be recycled.  As for the others, toss them in the regular trash.

Keeping it in containers – and loose.  Because of the method of picking up the recycle totes, materials destined for recycling must be in the tote, not along side it. Large boxes should be broken down to fit in the totes – or taken to the public recycle site.  Also, materials should not be placed in garbage bags prior to being added to recycle bins.

Glisson said that other Florida communities are exploring ways to improve both recycling and regular trash removal.  Kissimmee is experimenting with underground trash collection and recycling.

Europeans, dealing with more space constraints in general than Americans, have also been working on ingenious systems for trash collection and removal.   A Swiss company offers various disposal systems that are stored below ground level. This ground collection system gets rid of smells and keeps the trash out of sight. The system measures the volume of waste contained in the container and reports it via internet to the disposer.

It will take more than the next Five Year Capital Improvement Plan for Fernandina Beach to emulate the Swiss.  But in the meantime we can do a better job recycling by following a few basic tips, provided by Advanced Disposal: 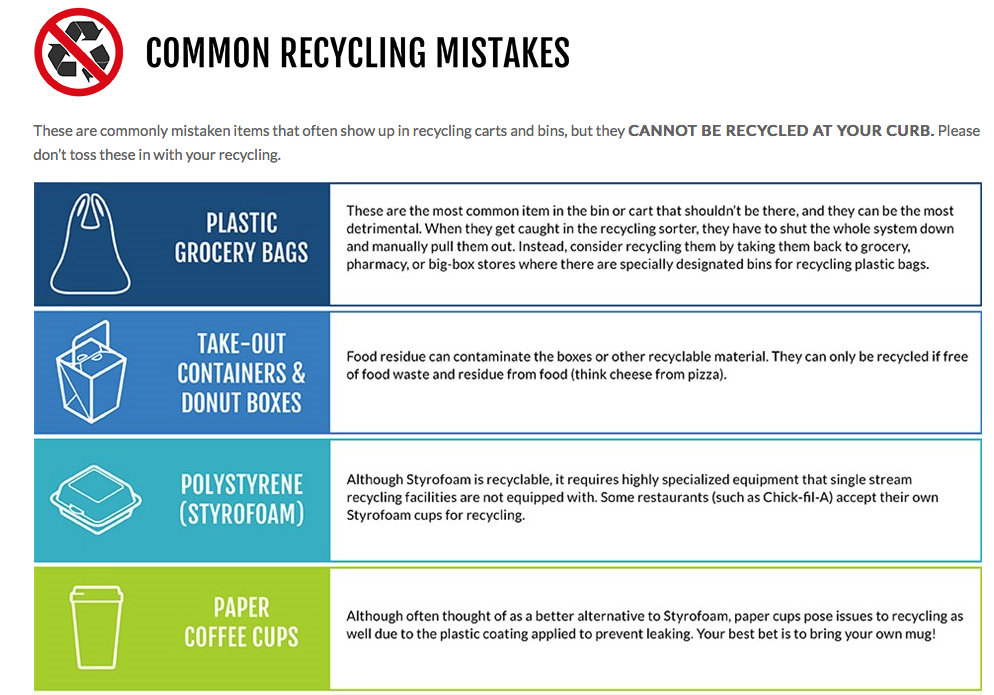 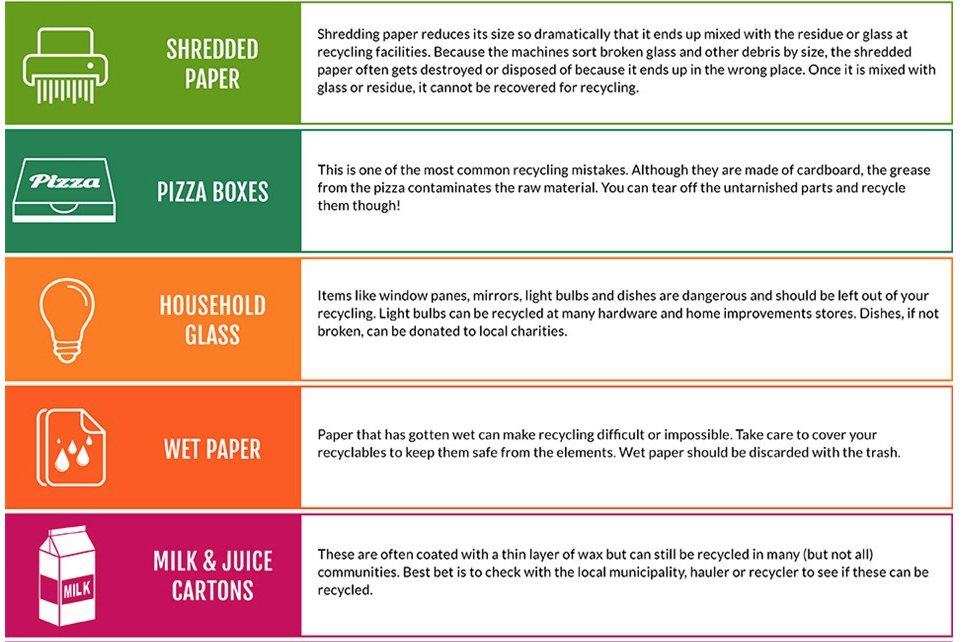 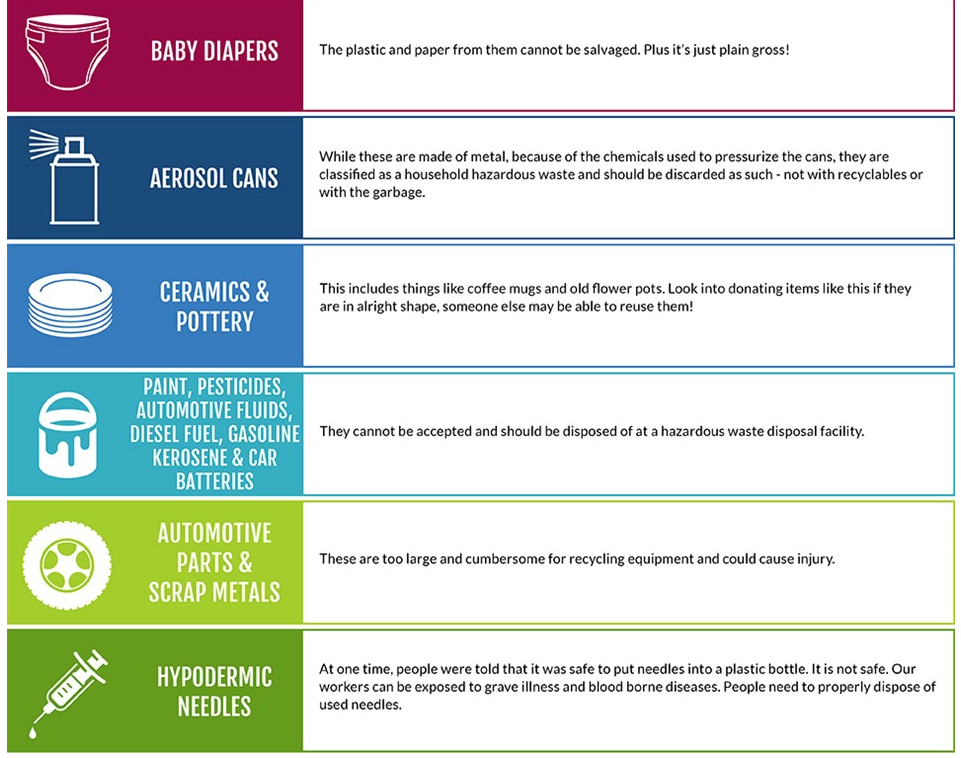 Excellent article from Suanne. It’s important that we reinforce the need to recycle. Every day.

Great article. I will correct my recycling mistakes

So, it looks like recycling should be limited to metals and maybe uncontaminated paper, since there is still at least a limited market for these products. Everything else shipped — at triple the cost — to the recycling center ultimately ends up in the landfill anyway, both the contaminated stuff and the uncontaminated stuff like glass and plastics that no one wants. Shipping and handling all of these unwanted “recyclables” twice just wastes money and harms the environment.