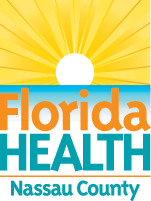 In the U.S., air pollution contributes to thousands of premature births and costs billions of dollars. In 2007, asthma cost the U.S. $56 billion in medical care, lost productivity and premature death. Costs of childhood lead poisoning are also in the billions (though each dollar invested in controlling the environmental hazard returns up to $200 in savings). The economic benefit of cleaning up mercury and other air toxins is in the billions — not to mention the up to 46,000 premature deaths that could be prevented.

Then there’s climate change, which will continue to impact people’s health and just about every factor that influences our health. Climate change is a serious risk to human health, impacting our food, water, air, disease risk and mental well-being. It’s expected to increase heat-related deaths, exacerbate chronic conditions such as respiratory illnesses and heart disease, increase dangerous asthma events, increase the severity and frequency of natural disasters, and endanger water safety and food security. Recent studies also document the mental toll of climate-related events. For example, two years after Superstorm Sandy, those who experienced the disaster were still reporting serious mental distress at levels nearly twice the national average.

In the last decade, extreme weather and fire events have cost the country more than $350 billion, and climate change is only predicted to make it worse. However, the negative impacts of climate change won’t be evenly distributed — it’s expected to worsen existing inequalities. One study estimated that if nothing is done about climate change, the poorest third of U.S. counties could experience climate-related damages costing up to 20 percent of a county’s entire income.

About the Florida Department of Health
The department, nationally accredited by the Public Health Accreditation Board, works to protect, promote and improve the health of all people in Florida through integrated state, county and community efforts.
Follow us on Facebook, Instagram and Twitter at @HealthyFla. For more information about the Florida Department of Health please visit www.FloridaHealth.gov.