Audience members at the August 1, 2017 Regular Meeting of the Fernandina Beach City Commission (FBCC) joined city commissioners for the unveiling of the Parking Committee’s report on downtown parking challenges and proposed solutions. Police Chief James Hurley, who chaired the committee, delivered what he termed Part A of the report, indicating that related reports providing more detail on the committee’s work and findings would be made available for future consideration as the FBCC considers action.

Through a series of 23 slides, Hurley cited the extensive research that backed up the committee’s recommendations. He also highlighted what he termed “Weeds and Rabbit Holes” that the committee acknowledged but tried to avoid to focus on whether the introduction of limited, paid parking can address the need for greater turnover in downtown parking spaces during periods of peak visitation.

Hurley stressed that his committee, members of which included Stormwater Manager Andre Desilet, Senior Planner Kelly Gibson, and Maintenance Managers Jeremiah Glisson and Rex Lester, worked with total independence from city commissioners or the city manager. The committee report had not been vetted by anyone prior to presentation at the August 1 meeting.

Whether people believe that there is a parking problem, Hurley said that the city needs “a better solution.” There are problems that exist today with downtown parking that can be addressed through a variety of means. He said that currently the city is not making effective use of existing parking. While parking spaces are readily available in the downtown area before the business day begins, the difficulties are encountered through lunch and dinner periods. Contributing to this is the current 3-hour parking limit, which enables a driver to tie up a prime parking space for the entire lunch or dinner period, thereby causing other prospective shoppers and customers to search further afield for a parking space.

The Parking Committee recommended the introduction of limited paid parking on Centre Street and side streets between 4th and Front and between Ash and Alachua Streets. The committee believes that modern technology would make such a scheme convenient for drivers and easier to enforce. 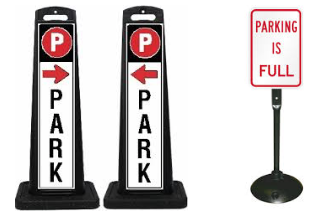 Chief Hurley reported that downtown merchants were almost evenly divided between proponents and opponents of paid parking. He said that studies have shown that in most cases paid parking positively impacts small businesses, which rely on frequent parking space turnover.

In preparing their recommendations, the committee members consulted many studies and authorities on parking, took input via surveys and regularly updated the public via media releases. They also talked with counterparts in the Florida cities of St. Augustine and Dunedin as well as vendors of various parking systems.

Chief Hurley said that while making money from paid parking was not a “hidden agenda,” he was somewhat taken aback at the reaction from some individuals who felt that the possibility of enhancing city revenues as a result of opening up more prime time parking was a bad thing. He reminded commissioners and audience members that the paid parking being proposed was for “convenience parking.” Extensive free parking would continue to be available downtown in municipal lots and on city streets outside the proposed zone. 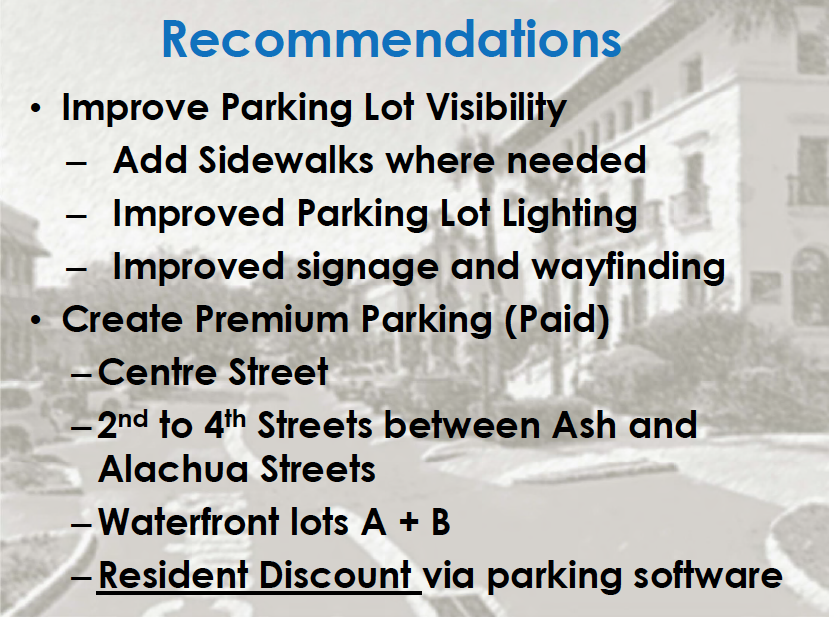 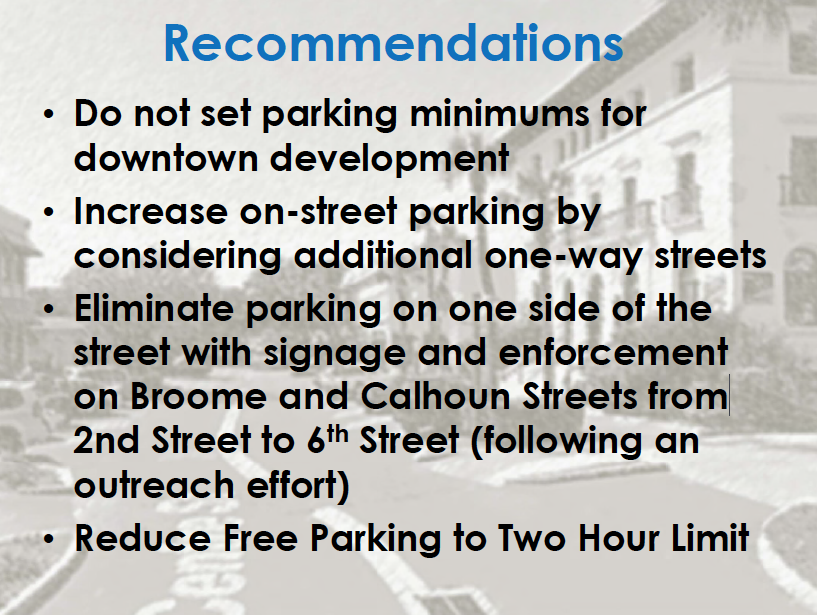 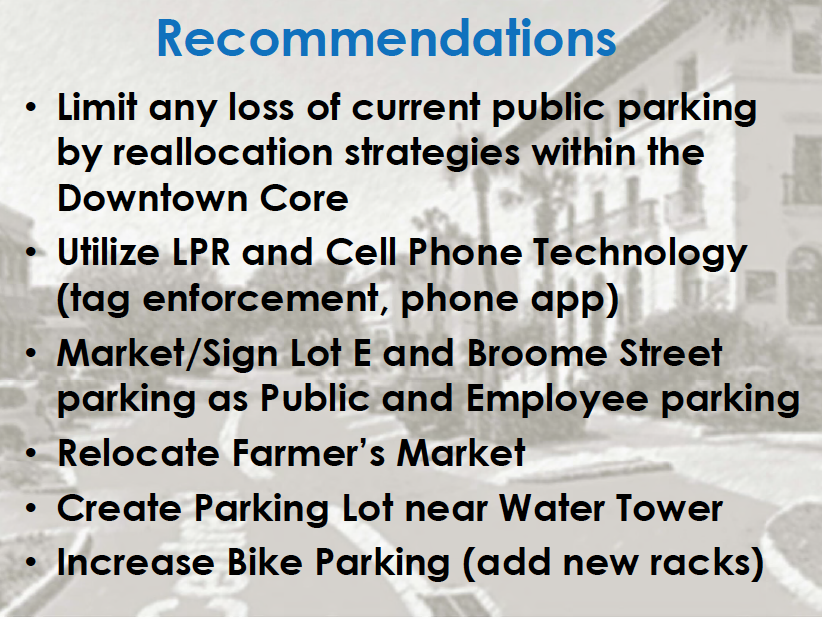 City Commissioners will discuss the recommendations and other portions of the report at a Workshop scheduled for August 29 at 6 p.m. at City Hall.  All previous studies and back up materials are available on the city’s website fbfl.us.

Obviously assembled as a ‘How to get this done” group, rather than a “How to avoid this” group.
The downtown merchants have never gotten their full-time parking enforcement, since the 3-hour parking rules were created.
Thus how can we not know that would work?
Shouldn’t we exhaust plan A before jumping to Plan B?

Agree or disagree but I think his argument is plan A is unworkable. Three hours is too long, manpower to enforce is too expensive, merchants want enforcement but don’t want to pay tickets themselves.

The news leader article Friday had more context from Hurley.

I don’t think I have ever had a problem finding somewhere to park downtown, although center street and the marina area are often full. The ideas presented sound mostly reasonable to me. I do not think there is ample info to help a tourist just coming into town find a spot if they do not see one in the main street area.

so how are did the survey say people are willing to walk?

I still do not understand why no city residents or downtown merchants were not an integral part of this committee. This was a committee convened by the city commissioners with only city employees as members and it feels like they came up with the city’s preferred direction on this. A city parking officer with a ticket book entitling an offender to a stiff fine for violation of the rules already on the books would get everybody; visitors, residents and merchants alike, on track very quickly.