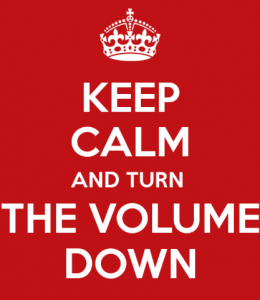 At the end of a very long Regular Meeting of the Fernandina Beach City Commission (FBCC) on May 2, 2017, Commissioners voted 4-1 on second and final reading to approve revisions to the city’s noise ordinance.

The City’s noise ordinance has been discussed at several recent City Commission meetings due to the Patio Place (located at 416 Ash Street) occasionally playing live, amplified music on its patio adjacent to residential properties. Citizens have complained about live music at the Patio Place, which led to the issuance of a written warning to Patio Place owner Amy Petroy. The warning was later dismissed because of confusing Ordinance language. (For background, see previous Fernandina Observer article https://fernandinaobserver.com/2017/04/06/sounds-off-center-fbcc-to-revise-noise-ordinance/)

The approved changes move the 100-foot distance any time of day or night to Section 42-142 and provide a definition of “plainly audible” based upon the 2013 Florida Supreme Court decision in Catalano finding the “plainly audible” standard constitutional.

Amy Petroy asked that the FBCC continue the item to a future meeting, thereby giving her additional time to consult with her counsel in order to allow her to present additional concerns for the commission’s consideration. She expressed concerns over the effects of enforcement of this ordinance on her business and the “reasonableness” of the enforcement changes.

Petroy said, “I am a reasonable person, and that’s why I am requesting ‘reasonableness.’” She said that her patrons have requested a band, and that she would like to have it play at most twice a month, so that people can dance only on Friday and Saturday nights between 6-10 p.m. She added that she had followed FBCC advice and approached a neighbor, even bringing crepes, but that it had not worked out well; she was threatened. That’s why she wanted time for her counsel to examine other ordinances and make suggestions.

Commissioner Roy Smith said that he had recently driven past The Patio Place and heard music more than 25 feet from the premises. He agreed with Petroy about the need for uniform enforcement of the ordinance. He said that he had heard enough complaints about downtown music and indicated that he was prepared to move forward to ban all amplified music. “Let’s just say no amplification of voice or instruments. You can play instruments that are electric without amplifying the sound like that. Just tell everyone, ‘You can’t have it.’ That way, everyone’s happy.”

Smith continued to press his point, disagreeing about the need for amplification for small areas.

Commissioner John Miller, who bartends at the Palace Saloon, disagreed with Smith. “That doesn’t work,” Miller said, directing his comments toward Smith. “In a bar situation, the music cannot be heard over the conversations without amplification. You will put at least 10 musicians out of work [in Fernandina]. They will go someplace else where they can play. It’s not going to work.”

Smith continued his argument, claiming that patrons have to talk loud in order to be heard over the music.

City Attorney Tammi Bach reminded commissioners that the ordinance modifications were only for clarification. No current rules regarding noise were being changed. The Police Department has asked for these changes for some time. “It will work exactly the same,” she said.

Commissioner Tim Poynter moved and Vice Mayor Len Kreger seconded the motion to approve the revised ordinance. Poynter said, “We wanted to clean [the ordinance] up, and that’s what we did.”

Bach explained to Petroy that her attorney could bring any other proposed changes to her for future consideration by the FBCC.

When the vote was called, Smith voted against it because he wanted to delay it to allow Petroy to bring additional concerns to a future meeting for consideration. “What’s the pressing problem now?” he asked.

All other commissioners voted in favor of the revised ordinance. Mayor Robin Lentz said that she hoped Petroy would have her counsel reach out to the city attorney with any other suggestions.

The question is what is offensive to the neighbors of downtown businesses and how to keep downtown growth accessible to businesses that require entertainment. The answer is at some point in the future, growth in populace and business whether you like the it or not will always win. Any offense that is claimed by home owners will be subject to revenue required by the city to maintain growth. Without growth and change cities dwindle and die. Home owners sell to someone that is not offended by the music they perceive as noise.
The property bought by Amy Petroy for the purpose of entertainment should be able to operate under the terms of the ordinance when she bought the property. Her investment was only subject to the laws and ordinances current to the time she bought the property. If the city is able to diminish the value of a business by subjecting it to changes or judgements by a commission then all businesses old and perspective in the downtown sector should take notice.

What it’s going to boil down to is this: if you are going to deny downtown businesses the right to do business in a manner that allows them to make a profit, those businesses will leave. New businesses that also want to have entertainment will not take their places because they will find out that they will be harassed by residents. So, either new businesses will have to be attracted that don’t include entertainment or the buildings will stand empty, the owners of the buildings will lose money and the city will as well.

Sorry but, if you live in proximity to a business area you need to understand that there is going to be a certain level of traffic and noise that will vary according to the season, day of the week and time of day. I made a conscious decision to NOT purchase a beach-front property because it was made clear to me that the music from the Surf could be heard most nights and I prefer to choose my own music. At the same time, I could have purchased and proceeded to call the police to complain about the noise, every night. That sounds like harassment to me…..If you don’t like the smell of livestock, don’t buy a house in the country and if you don’t like the sound of people having fun and spending money, don’t buy a house close to downtown. While the specific business may be relatively recent, the downtown was there LONG before the people making the complaints were.

Clarify. My understanding is TWO citizens have complained.

“Clearly audible” is not something that will stand up in court. You need guidelines that are MEASURABLE. Set times and specific dB levels at specific distances. A limited noise production on weeknights after 9pm is reasonable. A cut off of 11pm on Friday and Saturday is reasonable. A midnight cut off for the same nights during a scheduled festival is reasonable. If you purchase a house directly contiguous to a business/restaurant/bar area you are no more reasonable in expecting peace and quiet than you are if you purchase next to a rr track or in the flight path of a busy runway. I consider the constant complaints of the two citizens to be a form of harassment. Add to the, the fact that the noise from a local business owned by a city council member seems to NOT be an issue, even when it can be heard in the same area. Funny how that works.

THIS is why the use of specific guidelines with regard to time, distance and dB levels is needed. It will eliminate harassment and unequal enforcement. If the city can’t afford the purchase of 2 dB meters (which run around $200 for an accurate model) I would be happy to provide them.