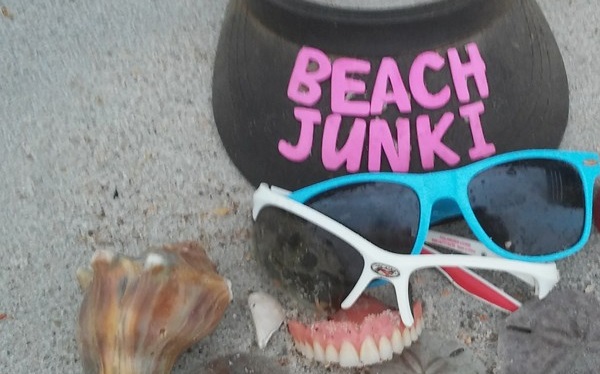 Editor’s Note: Amy Wade, Beach Junki, and Fort Clinch volunteer is known for capturing wildlife photos in and around the beaches of Fort Clinch. Her latest “capture” tops them all! Her story follows:

“I wanted to share a cute lost and found story. This past Thursday I found dentures on the beach at the Fort near the fishing pier. 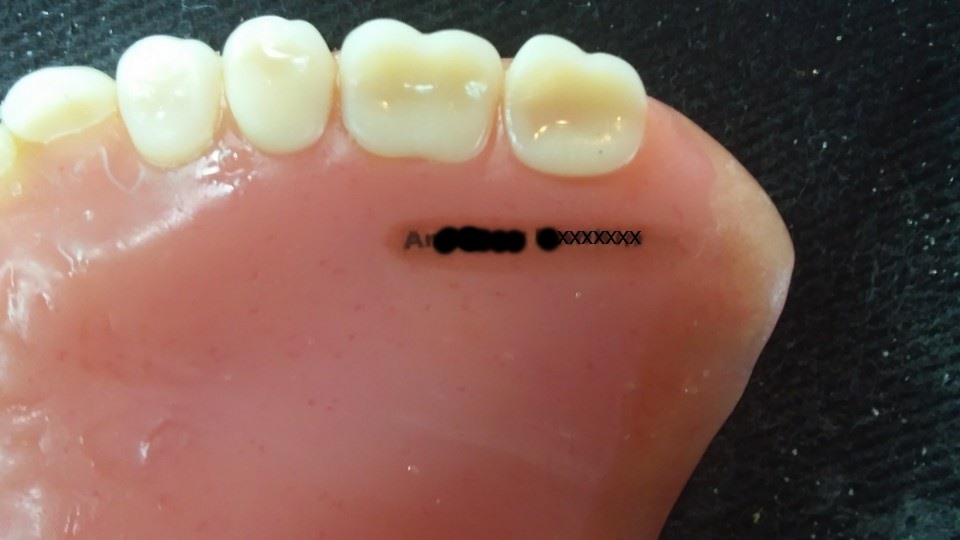 He was smart to have his name tagged, so I found him on Facebook. He said he was surf fishing near 5th street Tuesday, when a strong wave smacked him in the back and they went flying in the water. He said he just knew they were on their way to Cuba.

He lives in Yulee and has a wedding to attend in a few weeks and was stressing about it.  He said I was God sent. His wife was giggling the whole time when we met and said she had been for the last 2 days because he had to walk around with no teeth.I think she had warned him about going surf fishing in the ruff winds and waves. I know it was an embarrassing situation but it’s a funny one. He is very lucky and thankful I found them.”

What a great story. I know the gentleman is glad to have his choppers back.

I thought one of the most amazing things about this story is that he lost his teeth down on 5th Ave several miles from where they were recovered. Amy found them on the opposite side of the jetty near the Fort Clinch State Park Pier. In two days they had traveled that far and jumped the jetty to find their final destination. You have to wonder “how?”