Janet Adkins: politician or educator? You decide. — An Opinion 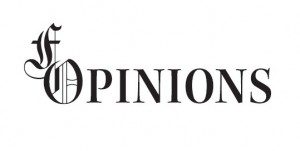 In her zeal for conducting a negative campaign in which promises and accusations are based upon half- truths, innuendo, outright falsehoods, and blatant misrepresentations, Janet Adkins has failed to realize that many voters are looking clearly through her transparent persona and are seeing a character that is questionable for consideration in leading the Nassau County School District.

I choose to bring to full disclosure an issue that is being touted as one of Mrs. Adkins’ campaign promises. She promises to “get rid of” or “stop” the Common Core Standards.

Make no mistake about the truth. Representative Adkins was a supporter of the Common Core Standards while a seated member of the House. She hosted a local education summit with invited speakers including Florida Department of Education Top Leadership, Dr. Nikolai Vitti, Superintendent of Duval County Schools, and Mrs. Adkins. Each individual touted the positive attributes of the standards and the need for uniformity.   Does this seem transparent as to Adkins’ campaign promise? Coincidently, current Superintendent John Ruis was not on the platform as an invited guest.

Do you want a person with this seasoned character to lead our schools? You decide.

For months leading up to the 2014 legislative session parents and educators criticized the state’s school grading formula as being too complex and that the standards had undergone several alterations.

Adkins is quoted from a Monday, March 24th, 2014, Florida House Committee meeting as stating “We have been teaching these (Common Core) standards in Florida schools since 2010.” Her position was at that time that since districts had been implementing the standards since 2010, why was there an issue with holding our teachers and schools accountable. Her statement was not the full truth. The standards were adopted in 2010 with a phase in plan to begin with Kindergarten. A full implementation plan was not published by the Department of Education until spring of 2011. When questioned about Adkins’ error in her statement, her spokeswoman admitted Adkins was wrong in her assertion. Coincidently, Adkins took direct aim at public schools in stating “we have to hold schools accountable for the money we sent them.” Only 18 days after that statement, Adkins voted in favor for a voucher expansion program. Why is this important? Private schools who accept voucher money do not have to take the same tests based upon the Florida State Standards as other public institutions. So much for holding schools accountable for the money we send them. Again, this is not surprising for a career politician.

At a February 18, 2014 Florida Department of Education meeting and Jeb Bush’s newest organization Meet Our Teachers, Stacy Clarke of Florida Parents Rise reported “It’s clear the supporters of Common Core are getting worried as opposition is growing like wild fire. Speaking of tempers flaring, Janet Adkins’ recent ‘bossy’ attitude at a school board meeting is a perfect example of just how worried they are. Adkins insistence upon her own talking points in the face of the obvious serves as the latest example of the zealotry among the Republican House caucus to advance Jeb Bush’s agenda.”

As chair of the K-12 House Education Appropriations Subcommittee, Adkins made her position transparent regarding the Common Core Standards. At a February, 2014 meeting, Adkins led the committee to vote on a committee bill that would strike approximately three dozen references to Common Core in state statute and would change the name to Florida’s Standards. As reported by the Florida Stop Common Core Coalition, “Chairwoman Adkins then proceeded to try to shirk the responsibility of the elected legislators to their constituents to manage the funds and oversee the policy of the Department of Education. She had the temerity to say that it was only the appointed State Board of Education’s responsibility to set the standards and that the committee has no role in the standards policy. It was shocking to hear an elected official so totally abdicate her and the committee’s role to appointed bureaucrats in the state and federal government.

Do you want a duck-and-run type character leading your school system? You decide.

It is my opinion that as long as we have statutes, crafted by politicians, that require such tasks such as teacher pay based upon student performance, school grades based upon student performance, required courses of study, graduation requirements, and grade progression requirements that a common set of core standards and an assessment based upon those standards are necessary. I promise you every teacher I know will teach the curriculum upon which their student performance is based. Unless the Florida Statutes are changed, that is now the Florida State Standards.   Each local district cannot develop their own curriculum as this would result in gross inequity amongst districts and ultimately be a disservice to our students. I propose that reasonable heads prevail, educators tackle the contents of the standards and make educational decisions based upon a community culture and through collaboration arrive at a common ground.

Do you want a politician leading that discussion? You decide.

I ask you to inform yourself as to the actual contents of the Florida Standards.

Click on any item in blue menu bar.  Are you sure there is substantial content that warrants complete deviation from them? 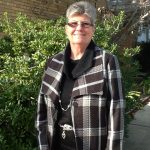 Linda – you obviously were not at the education leadership summits that were hosted by Janet. Of course Dr Ruis was on the panel, along with Donna Martin and Kim Fahlgren. The hearing took testimony from the public and included the Commissioner of Education Pam Stewart to hear the concerns raised in 2013. From that meeting the Gov hosted a two day summit and the Florida DOE subsequently hosted 19 meetings around Florida taking close to 20,000 comments and then making over 115 changes to the standards based on the comments. Janet worked to create a local pathway towards local adoption of textbooks, the curriculum is adopted locally you need to review FS 1006.283, the curriculum can and should be adopted locally and that is the way you make changes. Janet worked to end the data mining, got rid of the PARC test and made exceptions for children with complex medical needs. Janet has fought to ensure parents are notified IF a teacher decides to mandate a book that contains sexually explicit reading materials. The section FS 1003.41(3)&(4) details for you that the Commissioner of Education makes recommendations to the State Board of Education who then adopt and decide the standards. Since you are a big supporter of Kathy Burns has she said whether she will adopt textbooks locally or not? What is her plan to eliminate common core curriculum? Linda has been the spin master for the school district for many years and in fact help implement common core curriculum.

Doug, you must be the designated responder when there are no absentee supporters (non-Nassau County residents) available.

Doug how bout Janet put her big girl pants on and answer directly and quit being her lap dog…Janet sat on committees and had every chance to stop common core or propose legislation to stop it and she didn’t. So go feed your seniors their meatloaf and let’s hold Janet accountable and let her answer directly

I was in attendance at the summit and am fully aware of what occurred there.

Doug seems to be the only one left standing up for Janet……who talks out of both sides of her mouth on most subjects. The majority of voters in Nassau County can’t be fooled by a dirty campaign.

What boggles my mind is the advertisements and debate speak with mention of transgenders and Muslims.

What in the world does that have to do with education? Would it not be better to AVOID the discrimination rather than encourage it? I want children to learn, not walk into a classroom with a pretense that a particular group of people are deemed unworthy of the same treatment as any other.

It’s not political. It’s education. You don’t have to agree with a lifestyle choice, but don’t generalize something you don’t understand then leave it as some sort of base for your campaign.

Janet never seems to respond much. Doug seems to be the spokesperson. This makes me wonder if Janet will only be a “Puppet Superintendent” with Doug running our school system.

David Smith is right on point. Janet and Doug Adkins are ready and willing to disrupt an entire public school system that now has functioned at very high level (for over 10 years) for their narrow and limited view of what constitutes an education – including changing texts, controlling instruction, and imposing personal preferences on curriculum. Perhaps they would be better off starting their own version of a “private” school and competing rather than attempting a hostile takeover of a technically advanced, seasoned, and well functioning public competitor.

I Think the Adkins Political Cartel, have misread the Nassau County Electorate on this Election. The Negative, Demeaning, Post Cards, Sent out to our Community By the Adkins Campaign, Hit a Nerve. It did me, So what’s the Objective? We want the best Qualified Person, with the Most Educational Experience, who understands the Needs of our Children, and our Educators in this System. We want someone who has been there, and knows the Challenges these Educator have to deal with every day, in the Class Room. We also want a Person that has the Respect of those Educators, and the Political and Community Leaders in this County. Someone who has “Kept on Point”, this whole Campaign. Just the Qualifications of the Candidate, What the Issues are. Dr. K. Burns is the Only Acceptable candidate, if you’re thinking about our Childrens Education

Janet and Doug Atkins are xenophobic bigots who would like nothing less than a return to the 1950’s where there was segregation, fear, and politicians like Joseph McCarthy would make baseless accusations which ruined people’s lives just for their own political capital. Notice the flyer which was sent out calling attention to how many incidents of ‘bullying’ there were in Nassau County schools. It wouldn’t surprise me if Doug Atkins was the one registering the majority of complaints in order to drive those numbers higher. They are control freaks who are trying to shove their intolerant agenda down the throats of our children.