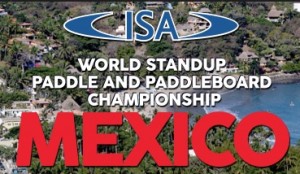 On May 15, 2015, local surfer Sean Poynter became only the second person in history to win two gold medals in the ISA World Stand Up Paddle (SUP) and Paddleboard Championship presented by Hotel Kupuri. The 2015 competition has been taking place in Riviera Nayarit, Mexico since May 10 and will conclude on May 17. Poynter won his first gold in 2013. Team USA leads in point counts. 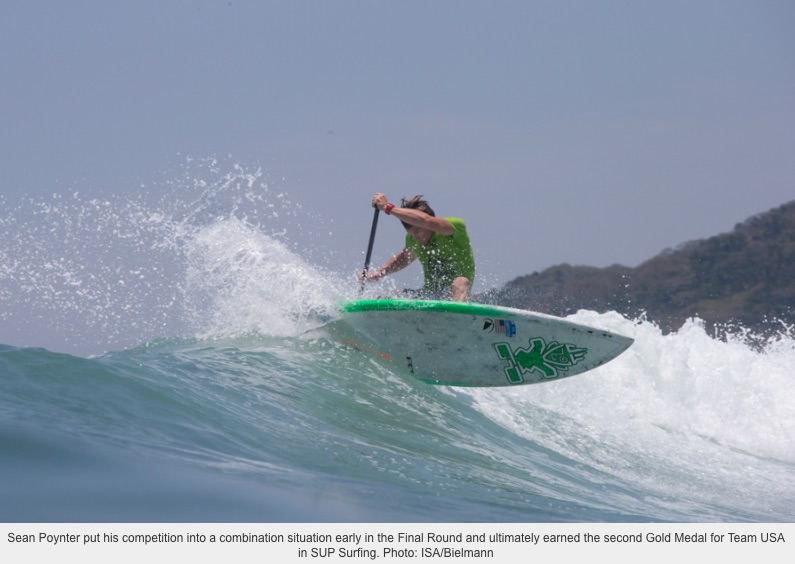 Poynter opened the Final Round with two waves earning an 8.50 and 7.33, which put his competition into a combination situation. Being in a combination situation means that no single wave score would be enough to take the lead. It was not until the final minutes that a single score would drop high enough to have any affect on the situation. Poynter had won, and became the first two-time, male ISA SUP Surfing Gold Medalist.

“This smile says it all. I’m at a loss of words,” said an exhilarated Poynter. “I did the same thing as last year, dropping into the Repechage and doing five heats on the Final Day. My trainers had me fit and ready and I was able to withstand the amount of time and finish strong. I’m just so excited, so happy and thankful to the ISA, the Mexican Surfing Federation and the support of my team. It’s been such an awesome event.”

The beach had exploded with cheers. From chants of U-S-A, to the traditional Mexican chants, the spirit on the beach was that of true international comradery.

“Today’s ISA SUP Surfing World Championship was an event that will be remembered for years to come. The world-class level of competition made for a gripping final, keeping everyone excited until the very end,” remarked ISA President Fernando Aguerre. “We knew what the best days for waves were going to be, so we planned the surf competition accordingly. What a final! Congratulations to Izzi Gomez (Women’s champion) and Sean Poynter from Team USA on winning the Gold Medals and making your country proud. That is what an ISA World Championship is all about — honoring the sport, honoring your country.”

Sean’s parents–Tim and Theresa Poynter–spent most of the day yesterday watching Sean and the other surfers live on the ISA website.  “We could not be prouder of Sean,” Tim said.  “The whole family is over the top proud of him.  Yesterday was his sister Tara’s birthday, and he gave a shout out to her in the video interview following his win.  He apologized for not remembering earlier.  Tara was in tears when she heard it.  All the kids are incredibly supportive of each other.”

Sean has planned a trip home to Fernandina Beach in July.

For more video highlights and photos of the competition, visit the ISA website: http://isawsuppc.com.

what a great win for our Home town guy.Congratulations to Sean,and the whole Poynter Family. What a thrill.

He is my hero. One of the nicest kids you will ever meet. Hardworking, focused at his craft and an accomplished Cello player to boot. We are all so proud of him