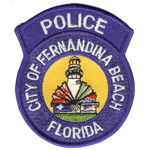 The man police say brazenly walked out of an island Walmart store yesterday morning and then resisted detention by the store Loss Prevention Officer and Assistant Store Manager has been identified as a violent career criminal from Brunswick, GA.

Randy Scott Lingelbach, 32 years of age, has been arrested more than twenty times and has been charged with at least sixty-nine criminal offenses, to include 11 drug violations, 9 retail thefts, 3 robbery counts, 3 burglary charges, assault, resisting arrest, criminal conspiracy, tampering with evidence, and many others. The passenger in the vehicle, which has now been reported as stolen to the Brunswick Police Department, has been identified as Laura Rebecca Harden, also of Brunswick, GA. At this time neither has been formally charged with any crime.

The video from several Walmart store cameras show the confrontation with the suspect in the parking lot and will be available to the media at the police station at 3:00 PM today.

The Florida Department of Law Enforcement (FDLE) is continuing to work the use of force investigation as an independent law enforcement agency, at our request and through an established Mutual Aid Agreement. The Fernandina Beach Police Department will work the armed robbery investigation at the Walmart store and subsequent criminal violations.

That this guy was still out on the streets is mind boggling. So thankful that the police officer and others were not injured.

I’m thankful that no WalMart employees were hurt, that this alleged robber didn’t have a gun and that we have a police department that delivers on their motto of “to serve and protect” every day!

What was going on this last week? First a couple guys get picked up for trying to rob a couple stores. then we have an intellectual discussion on the merits of marital fidelity at Hammerheads, this winds up with a guy running over the other guy and shoving a knife in his throat. Then to top it off, we get a guy from Georgia cranked up on Meth,with a voice in his head telling him that Walmart in Fernandina Beach is giving away Flat Screen TV’s just for the taking. An 80 mile per hour chase through Town, with the bad guy in the Hospital. Wow, these story’s remind me of the Police Gazette Mag. of the 1940’s and 50’s except there’s no pin-up gal in the centerfold. Was there something in the water last week? Lets hope the Shrimpfest is the biggest news this week.

Well for sure the companion isn’t “pin up” material – I think this robbery went flat, and his tires were as bald as his head.