Tariku Haile is in the 11th grade. His father is a beggar who lost his leg in the war. His teachers call him the genius. He shines shoes when he’s not in school and lives on the streets. He has completed his studies at Grazmach Paulos School in Bonga, Ethiopia, with hopes of attending the university. 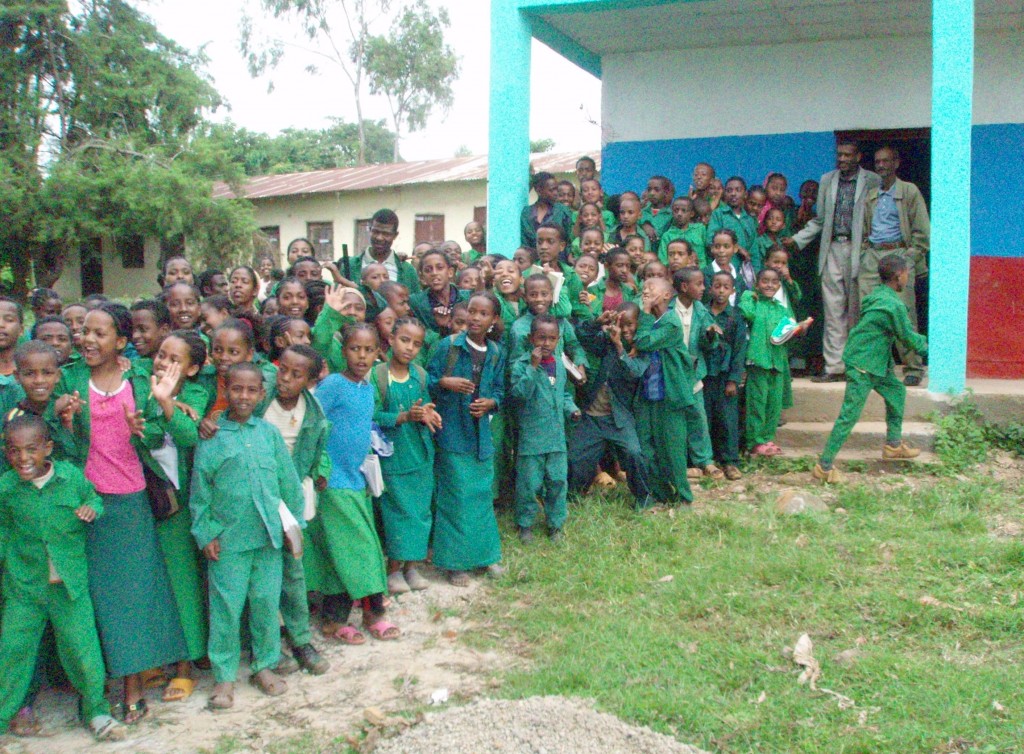 Tariku is just one of over a hundred children in Bonga that have been given new opportunity through a partnership started by Fernandina Beach resident Brenda Commandeur. Her story is one of deep connections with children in a far-away land.

In 1965, fresh out of college Brenda joined the Peace Corps. She was assigned to Bonga, Ethiopia as a teacher of English and math. She met her husband, a Dutchman, in Ethiopia. They returned to the U.S., settled in Jacksonville, and raised two sons. But the connections don’t end there. Eight years ago the former Peace Corps volunteer was reunited with Saba Gizaw one of her Ethiopian students working and living in Tallahassee. That reunion sowed the seeds for Mahaber: Partners for Ethiopia, volunteers in the United States and Africa raising money to make Grazmach Paulos a model school in a very poor country.

Brenda recently returned from a trip to Bonga, a long flight to Addis Ababa and a seven hour car ride, to visit the school located at the top of a mountain. They always have a welcome party for “Miss Brenda.” The kids line up and give her flowers and sing songs. She talks about the 1,000 students currently attending classes as if they were her own. “Most children in Africa, especially girls, don’t get to go to school. Education is a privilege so they are very goal-driven,” she said. Mahaber recently purchased 25 computers for the school. The partnership has also helped fund a science lab, a large meeting hall, a library and toilet facilities for girls.

Grazmach is a public school that receives funding only from the local government. Brenda’s work is supplemental thereby building ownership among the local people. “You can’t just go in and fix everything,” she said. “We must let them decide what’s best.” No one in the organization is paid so all funds go to the school and the students. What used to be a campus of mud huts has been converted to concrete structures with tile floors, glass windows and wiring for technology. The current funding project is to add grades 11 and 12 so that the school can be considered a college prep facility and receive federal money.

An offshoot of Mahaber gives money directly to 120 orphans like Tariku who lack life-sustaining basics. “These children live in poverty,” said Commandeur. “They drink bad water that makes them sick, electricity is sporadic, and they share a soccer field with the cows.” 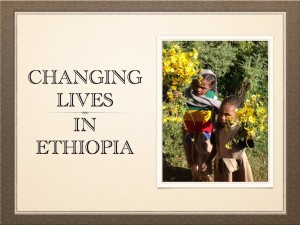 Brenda is not the only one on Amelia Island that helps children in Bonga. Many parishioners from St. Peter’s Episcopal Church are generous donors. When Richard Masters was first introduced to Partners for Ethiopia he wanted to know what he was contributing to so he traveled to Bonga to see for himself. It touched his heart and now he is a top contributor and he goes to Bonga every two years to check on progress and help out. Lena Watson, a teacher at Yulee High School and her students have been raising money to send to Bonga for several years through bake sales and knitting caps. The students have also created a website called Teens Gone Global.

“Some of what you see is shocking, heartbreaking,” said Commandeur. “Then you see what great courage these young people have and you realize this is not a matter of charity but of justice.” She gets tears in her eyes when she talks about giving Tariku money so he could replace his broken glasses. He told her “next to God, you’re my main help.” As Miss Brenda said “these are connections that last a lifetime.”

It seems each child supported by Mahaber has a sad story but aspires to amazing career goals. Here are just a few:

If you would like more information on Mahaber: Partners for Ethiopia, or to make a donation you can visit bongakaffaethiopia.com or contact Brenda at brendacommandeur@comcast.net or phone 904-491-6136. 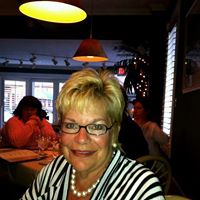 Editor’s Note: Karen moved to Fernandina Beach two years ago after working in Chicago as a senior public relations specialist for the Midwestern regional office of the U. S. Environmental Protection Agency. Prior to that, she was an editor, columnist and writer for a chain of Chicago newspapers , an account executive for several Chicago public relations agencies and proprietor of her own pr/marketing business. She grew up and earned her journalism degree in Wisconsin.

What an inspiring life Brenda has led . . . we all should be so thankful for her work, and for the Peace Corps, which is the best U.S. diplomatic program ever implemented!!

Although Brenda always shys away from the spotlight in trying to keep it focused on the children of Bonga, she is the driving force behind all the improvements they have made in the community and spreading the word of their needs here. Blessed work Brenda and thank you Karen for writing this inspiring story.

I’m inspired with the work you do in Ethiopia

Brenda is truly amazing! She has even hosted dinners in her home to raise money for her school. She is my hero. I am proud to be her friend!

i am so proud of you Brenda and all of those who work so hard for their friends in
Ethiopia.bless you all !