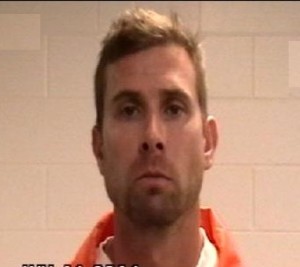 A media teacher and year book advisor was arrested earlier this afternoon after confessing to Fernandina Beach detectives about an inappropriate relationship with a seventeen year old high school senior during the past school year. The student has since graduated from high school and is now an adult.

Daniel Wright, 32 years of age, was charged with a sex offense involving a minor and is currently in custody at the Nassau County Jail. Wright has been a TV Production and Digital Design teacher at Fernandina Beach High School for the past two years, and formerly taught at Hilliard High School.

On Friday afternoon April 25, 2014, a concerned parent of two Fernandina Beach High School students approached Officer Al Smith, FBHS school resource officer and informed him of a student rumor concerning a inappropriate relationship between a student and teacher.  Upon investigating by police detective Tina Smith, Wright and  the student “adamantly denied” the rumor.  No additional information was uncovered to warrant an arrest.

On June 13, the student confirmed to police that the sexual relationship had begun prior to the her 18th birthday, and continued beyond her high school graduation.

On June 16, Wright voluntarily appeared at the Fernandina Beach Police Department.  He first denied a relationship prior to the student’s 18th birthday, but later admitted an encounter.