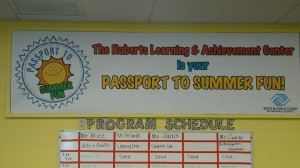 When I was a kid, my folks sent me to a Summer Camp held on the grounds of a local school. The counselors tried, and failed, to teach me to play tennis. We did a lot of outdoors sports and had fun – but it was more a way to get me out of the house in a safe place than to give me a growing experience. 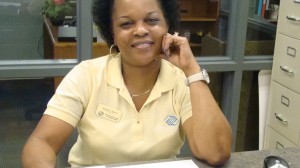 Well, Boys & Girls Clubs (BGC) Summer Camp is sure about kids having fun but it does a lot more than just entertaining young people while out of school. It prepares them for returning to school as better students than when school let out. At the Roberts Learning and Achievement Center on Lime Street in Fernandina Beach, Unit Director Sherryl Smith leads her staff to help kids enjoy their time in a safe environment at the Club but also to expand their knowledge and awareness of challenge to both mind and body. Almost 100 young folks, ages 6 to 16, were signed up this summer at the Roberts Club. They are split up by age groups, and do include some teenager.

What programs let this happen? In addition to providing safety, the kids are trained to be respectful at all times to their fellow campers and staff – just like in the regular BGC after-school programs. Every weekday the kids do fun stuff such as Arts & Crafts where the current project is making costumes for the Performing Arts activity, using only newspaper as a material. Now that calls for creativity! The “Computer Lab”, as everyone calls it, lets youngsters grow in computer skills using dedicated Microsoft programming. 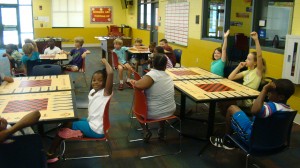 The “Learning Zone” is an offshoot of the regular BGC after-school curriculum and keeps the kids sharp on reading and spelling skills – but by presenting those subjects in a fun, game format. Another very popular learning activity with the young folks is conversational Spanish, which the kids delight in showing off when they get home. And sports activity is not neglected either, for example, at the covered Club basketball court just behind the main Club building, and with flag football games.

Does everything happen within the confines of the brand-new Roberts Club facility? By no means! Field trips are organized where groups board the BGC bus (with volunteer parents/guardians in attendance) and journey off to a day-long learning adventure, for example, at the Museum Of Science and History in Jacksonville.

Maybe the most exciting part of a visit to this Summer Camp is the joy the young people show as they participate. Everyone is smiling and eager! Think about how your young person would benefit next summer by joining the Summer Camp either here at the Roberts BGC Club or at the Miller Freedom Center on Old Nassauville Road. Make a note to sign up next year!

Editor’s Note:  Alan and his wife Joan moved to Amelia Island 25 years ago.  He was born and grew up in Morristown, New Jersey.  A retired engineer with Union Carbide, Alan has dedicated his retirement years to community service. Alan currently serves on the marketing committee for the Boys and Girls Club.