The following are highlights from some of the narrative reports on file at the Fernandina Beach Police Headquarters.

Disoriented mistakingly drove her car onto the railroad tracks when trying to follow Police directions to turn her car around and head back north due to pedestrian traffic downtown during the 4th of July celebration.   Her front wheel got stuck “over and on a rail” on the tracks.   The towing company was called.   “With the use of boards for leverage, [the driver] was able to reposition the car back into the center of the tracks.”  He then “drove the car in reverse all the way back down the tracks to” a place where the rails were low enough to drive the car off and onto the street.

Second Vehicle did the same thing as Disoriented did.  He just didn’t drive quite so far up the tracks as she did.  But, yes, the towing company was called to get him off the tracks, as well.

Twenty Years Old was possibly drunk when she drove away without stopping after hitting another car downtown.  When Police caught up with her, she admitted to drinking 3 or 4 Bud Light Platinums and one vodka and orange juice.   Worse was yet to come!  A “ceramic pipe” was found in the center console of her car.  It contained “burnt marijuana residue.”  To top off the evening, she was arrested and transported to the Nassau County Jail.

The passenger in Twenty Years Old’s vehicle was also arrested.  She had an open bottle of vodka on the floorboard  between her right foot and the passenger door.  She was arrested for Obstruction as she kept trying to get out of the car after being warned multiple times to stay inside because  she was interfering with Police investigation of the hit and run.   She was also arrested for Contributing since she knew Twenty Year Old was a minor and she had used Twenty’s money to buy the vodka.

Willing to Lie said he was willing to change his story and tell police untrue information in order to keep Girlfriend from being arrested for Battery – Domestic.  Willing had earlier called Police for assistance after Girlfriend  had scratched his arms and kicked him in several places on his body, including his groin.  Girlfriend, during transportation to Headquarters and while in booking, “exhibited several mood swings of fear, anger and anxiety.”

You MUST be Kidding!  discovered that someone — probably a guest  — had stolen her Canon Rebel T3 EOS 1100D during the celebration that took place at her home on her wedding day.

Oh, Oh forgot to lock her 2008 GMC SUV when she left it at a beach access one afternoon to go down for a swim.  That was a particularly unfortunate oops kind of moment because a Canon Powershot camera, several pieces of clothing, along with a wallet, $200 in cash, and several credit cards were gone when the family returned to the car at 5 p.m.

A Video is Watching You might want to remember that a camera will be taking shots of her when/if she ever again decides to pick up a customer’s wallet — and then deny she did so.  This wasn’t Video’s first theft.  She is currently on probation for stealing other items and “there is the possibility of a habitual offender enhancement.”

Early one morning, Surprised looked out her front door to see sitting there on her porch — bigger than life —  a bicycle that didn’t belong to her.  And nobody showed up during the day to claim it.  Shortly after 6 p.m., Surprised called Police and had them come take it away.  It is now in the Evidence Room.

Confused was headed eastbound in the westbound lane when she came off Shave Bridge.  Several cars had to take to the grass to avoid being involved in a head-on collision with her.  Confused then turned her car around in a parking lot, and headed east in the eastbound lane.  Sorta’.    She was still all over the road.  A semi truck behind her put on his flashing hazard lights to warn other drivers.    Police were soon beside him and pulled Confused over.  She told officers that she was on her way home to Massachusetts and didn’t know where she was.  Since Confused acted lethargic — “perhaps sick, tired or impaired” — officers asked her to get out of the car.  She was unsteady on her feet and almost walked into the traffic!  Medics were called because officers felt Confused might have a medical condition that needed treatment.  Once at the ER, Confused refused treatment.  She was arrested for Reckless Driving and later sent to the Nassau County Jail.

Getting Her Nails Done got out of her car and reportedly locked it before going into the shop to have a manicure.  When she came out, her car had been entered, and her radar detector and GPS were missing.  There were no signs of forced entry and no witnesses observed the theft.

Shop Manager told Customer to call the Police if he had a problem with the work done or the charges.  Customer did.  And told the officers that he had demanded his money back from Manager because the guy had  “flimflammed his wife into having more work done on their vehicle than was necessary.”  And then hadn’t done what he was supposed to do:  check the transmission fluid.  Manager claimed the work had been done.  Customer showed Police the dip stick — which indicated the fluid nearly all gone.  Or totally gone.  After being advised by Police that the matter appeared to be civil in nature, Manager finally agreed to recheck the transmission and “fill it as necessary.”  Customer  later told Police that Manager had to put in “numerous bottles of fluid” before it was full.

Missing disappeared from his hotel rather mysteriously.  When he  approached the desk at check-in time, Missing complained that another person in the lobby had spoken to him and he didn’t want to be disturbed by anyone during his stay. Missing was last seen 3 days after he checked in — which happened to be 3 days before his scheduled check-out.  He was reported missing to the Police 3 days after that.  His room still had his clothes, toiletries and wine inside it on the day Police were called.  Missing’s car is not in the lot.  Attempts to locate him through telephone numbers found in his room were not successful.  Missing sometimes uses a female name when identifying himself.

Duke the Dog is a German Shepherd mix who apparently hadn’t had time yet to fully appreciate the kindness of the fellow who rescued him.  Less than 24 hours in his new home,  Duke the Dog decided to bite, within minutes,  two people at a local restaurant.  First, it was  Little Fellow, who asked permission to pet Duke, and then, Chomp!, down came the teeth that resulted in scratches on Little Fellow’s hands.  Next, it was Waitress’s turn.  She deigned  to hand Duke’s new owner a check.    Duke didn’t “bark, growl or show any signs of aggression.”  He simply bit Waitress, hard enough to cause a puncture wound in her hand.  Duke is currently under 10 days of home quarantine. 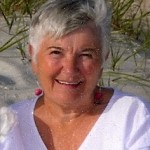 Editor’s Note: After a career in adult education, where writing, course design and development were her “beat”, Deborah now enjoys the world of freelancing, and volunteering.  Deborah covers the police beat for the Fernandina Observer writing weekly “Police blotter blasts . . .”   We thank Deborah for her many contributions.