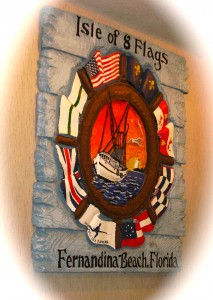 At the urging of Commissioner Arlene Filkoff, the Fernandina Beach City Commission (FBCC) has once again taken up the topic of city advisory boards.  During a commission workshop held immediately preceding the June 18, 2013 regular FBCC meeting, Mayor Sarah Pelican deferred to Filkoff to begin the discussion.

Filkoff said that the FBCC tackled this issue about 2 years ago in an attempt to alleviate confusion in the community over the nature, purpose and standing of various types of city committees.  “Personally,” she said, “I believe that citizens need ways to be involved in city matters.  But I want to see their efforts acknowledged and clarify reporting relationships.  Maybe as a commission we can assist in getting rid of this sense of confusion [about the role of boards] in our community.”

The first two types of committees are governed by Government in the Sunshine requirements; the last one is not.

Filkoff said that in discussions under the previous commission there seemed to be clarity with respect to the standing committees authorized under the Land Development Code: Planning Advisory Board (PAB), Historic District Council (HDC) and the Board of Adjustments (BOA).  The advisory committees presented a bigger problem, because there is not a “one size fits all” solution for these very diverse committees.  She suggested that especially during times of budget constraint, these committees could be very helpful to the various city department heads.  She said that the department heads can use the committees to look outside their departments to get a broader view of the community.   She singled out the work done by the Main Beach Committee, which helped the city understand better the citizens’ vision of leaving the area close to the beach for passive recreation and relegating more active forms, such as the skateboard park to areas further from the beach.  She also commended those with professional talents and certifications who worked on city committees pro bono.  She concluded, “If the work done by these citizens is not valued, I think we shouldn’t waste their time.”

Mayor Pelican asked why the city or the commission did not follow through with the 2010 workshop results.  Filkoff said that since the committees operate slightly differently, an approach to solving the problem had not been identified or given to anyone to handle.  After some added discussion, Pelican said, “It sounds loosey- goosey as to who reports to whom.”  Commissioner Pat Gass said that she would like to see the advisory committees report to the department, the city manager and the FBCC.  She added that it is difficult to keep up with committee work because minutes come “in fits and spurts.”  Clerk Pro Tem Kim Briley explained that a part time person transcribes all the minutes, which do not always come to the Clerk’s Office in a regular flow.

Filkoff suggested, “Perhaps someone in the city manager’s office could pull together operational procedures and missions for each advisory committee.”  Filkoff and Pelican addressed Deputy City Manager Marshall McCrary, City Manager Gerrity’s point person for this project with requests for structural issues facing the committees today and the need for rules on minutes.  Filkoff suggested that the department directors should also be measured by how well they utilize their committees.

Mayor Pelican asked Commissioner Filkoff if she would be willing to work with McCrary on this project.  She replied, “Absolutely.”

Commissioner Gass said she would like more information on how committee vacancies are filled.  Filkoff said that in trying to recruit citizens to serve on committees she has gotten the response, “Are you kidding?”  That response reflects past experiences with committee work.  Filkoff said, “If we’ve mismanaged the process, that dampens people’s willingness to get involved.  Expectations are critical.”

Filkoff invited Golf Course Advisory Board (GCAAB) chair Doug Bailey from the audience to address the FBCC on the role of his committee from his perspective.  Bailey said that the GCAB is a liaison to Billy Casper, providing input and advice from the public.  He said that one of the GCAB’s jobs is to get the truth out when the public asks questions, which are often based on rumor, not fact.

In response to commissioner questions, Bailey explained that during the transition to a new city manager and outsourcing golf course management to Billy Casper, reporting relationships have become blurred at times.  He explained how he came to serve on the GCAB and the lack of any formal orientation or training as to role as a member, reporting relationships and expectations.  He suggested, “Maybe there could be a training program for new committee members.”

Commissioner Gass harkened back to her years of service on the Board of Adjustments prior to her commission service.  She agreed that there should be board expectations and that new members should receive a packet of relevant information to help them perform.  She added, “I would have loved to have been invited to report to the City Commission on occasion.”

Discussion continued between commissioners and staff regarding the specific requirements for committee members, the existing mission statements and goals for advisory committees and whether all currently existing committees remain functional.

After considering all the discussion, Mayor Pelican said, “We have our homework cut out for us.”

Good suggestion by Arlene (as usual) and as a past Chair of the Beach/Park & Rec advisory committee never once did the commission (or seldom) take our recommendations. We did present them (ideas and questions) to the department head who sat in on our meetings. We had a good relationship with the department heads, and I did appear several times before the entire city commission for presentations mostly on new parks and the waterfront projects when needed.